LatinaLista — Today, in observance of World AIDS Day, world leaders across the globe are issuing their usual declarations about the progress made in combatting a disease this is as preventable as it is still growing. 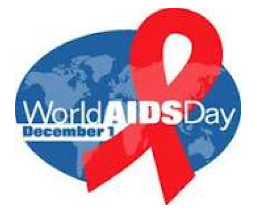 Nothing is more disappointing that to hear news that AIDS/HIV cases are growing among Latinos, blacks and Africans, among others, even after 30 years of education and preaching prevention.

Maybe, too much talk is the problem.

A Gallup poll released this week found that respondents in 19 sub-Saharan African countries — where almost two-thirds of the world’s HIV-infected population lives today — know how to prevent the spread of the disease but just aren’t doing it.

A median of 72% in the countries surveyed agree people should use latex condoms every time they have sex. But agreement ranges from 92% in South Africa to 30% in Niger. In general, knowledge about different ways to prevent HIV transmission, including condom use, is most widespread in countries where HIV infections are highest such as in Botswana and South Africa.

However, reported condom use is far lower. A median of 40% say they have ever used one, ranging from 64% in South Africa to 12% in Niger. In most countries surveyed, the gap between agreement that people should use condoms and reported use is at least 15 percentage points.

Though the Catholic Church is steering clear from its past assertions when they said condoms weren’t effective, in this year’s World AIDS Day message, the Church still doesn’t go far enough to address the behavior of the sexually active who are spreading the disease.

“The Church and her Magisterium ask for a lifestyle that privileges abstinence, conjugal faithfulness and the rejection of sexual promiscuity, because, as the Post-Synodal Apostolic Exhortation ‘Africae munus’ emphasised, all of this forms a part of the question of the ‘integral development’ to which people and communities have a right.

It’s a shame the statement doesn’t deal with the reality of the situation.

It’s a reality President Obama understands. In delivering remarks today about the progress status of the President’s Emergency Plan for AIDS Relief, he said in part:

When used consistently and correctly, male and female condoms are highly effective in preventing sexual transmission of HIV. In heterosexual relationships where one partner is HIV-positive and the other is HIV-negative, when condoms were consistently used, HIV-negative partners were 80% less likely to become infected than persons in similar relationships in which condoms were not used.

For this reason, the United States has long been a leading provider of condoms for HIV prevention in the developing world, and over the next two years will distribute more than 1 billion condoms.

The only trouble with that statement is that the developing world isn’t the only place that needs condoms and more help.

The continued rise in AIDS/HIV isn’t just happening in Africa but here as well. A new study focused on California’s health data shows that AIDS has skyrocketed among California Latinos.

What started as a white man’s disease has changed. While the number of white patients living with HIV or AIDS has nearly doubled since 1988, the numbers more than tripled among black patients and went up nearly fivefold among Hispanics.

Treating AIDS/HIV is where progress has been made — people are living longer, more are getting access to medications and less are being hospitalized for the disease — but people are still spreading and contracting it.

This is one disease where human nature is sentencing people to a life they don’t have to have — if they only listen.