(Editor’s Note: For brevity, the following article was edited for length. The full column can be found at The Diabetes Council website.)

One of my favorite diabetes classes to teach is my migrant farmworker’s class. This class lets me get right in community health grass roots programs where diabetes education can really make a difference. What they lack in resources, they gain in community and family support that is unmistakably helpful and effective, not to mention uplifting.

Henrico, a farmworker, came in to see the nurse practitioner. He had lost 30 pounds recently. He was cachectic, literally bones with skin pulled over it. He was limping into the clinic in his work boots, favoring his left leg. The lab did a random blood sugar that was 1064 mg/dL. He looked dehydrated, and exhausted.

Melina, one of our farmworker staff, walked him in.

The worst part was when Henrico took his boots off. Inside his work boots, with dirty socks from working the fields that morning, Enrico had a blister. It looked just like an ordinary looking blister.

The nurse practitioner said, “Oh my, that’s not good.” I couldn’t hide the concern on my face. With a blood sugar of over 1000 mg/dL, Henrico’s blister could be of great concern.

He was admitted to the hospital that day, where he received treatment to stabilize his blood sugars, and start him on insulin. Henrico was discharged with little understanding of his diabetes, and what to do. We had to make home visits for the next several weeks, explaining how to administer his insulin.

He lived in a mobile home, with three other male farmworkers. There were piles of beer cans stacked up outside near the deck as you entered on the small wooden porch. Workmen were fixing the floors, and there was a large hole in the hallway.

In the refrigerator, where Henrico went to pull out his insulin, there was an immediate overflowing of colorful harvest. From squash, to cucumbers, tomatoes, blueberries, they had an abundance of produce for healthy eating.

We discussed alcohol with Henrico, who insisted that his roommates drank beer, but he didn’t. After daily home visits, which included checkups of his foot blister, Henrico’s toe was looking like it was infected.

His blood sugars remained so elevated that it became apparent that he hadn’t been taking his insulin. He later stated to a farmworker that he knew how, but didn’t want to do it.

Henrico ended up with amputation two weeks after being diagnosed with LADA (Latent Autoimmune Diabetes in Adults). Following a rehabilitation stint funded by the farmworker program, he needed a prosthesis.

The farmworker staff set out to raise money for Enrico’s leg. Today, he walks well on his prosthesis. It’s unfortunate that it took so long for Enrico to realize that his diabetes was serious, and to self-manage.

Now, he would not miss a shot of insulin. He made the effort to come to diabetes classes, where he learned more. He now carries his cooler and insulin with him, along with snacks, and his diabetes supplies when he supervises the warehouse. His boss found him a sitting job, and he no longer migrates from farm to farm.

Public health and the migrant farmworker

I began working with the farmworker population 20 years ago, through public health in Marion County, South Carolina. I remember driving down the long stretch of road that led to Centenary, SC, with nothing but directions to turn by the broken-down Hearst in the field.

Down the windy, pot-hole pitted road, to the row of trailers, stretched out through a dirt field, I came across the migrant camp. A farmer had made this into a make-shift mobile home park for his workers.

One double-wide served as the community grocery. There were several workers hanging around outside, as I entered to dress a wound for the woman with diabetes who ran the small community store.

Farther down the row, a tent revival structure was adorned with statue of the Virgin Guadalupe, other saints, and white candles lit and strategically placed around the tent. Nearby, chickens clucked and scratched at dirt in the lean-to pen.

I learned quickly that you can’t underestimate the power of prayer when working with the Hispanic community. Not only are there altars in the small Mexican American communities that serve as a place to gather for prayer, there are altars in homes, where families gather.

They can be the focus of the family home. Often, pictures of Jesus, or of the Virgin Mary are on the walls, and candlelit prayer is often believed to heal the sick.

Hispanics have a high incidence of Diabetes, and other chronic diseases

Most Hispanics do suffer from some form of chronic health conditions. They have a high rate of heart disease, and they are one and a half times as likely to develop diabetes.

Since 2006, it was estimated that 3 to 5 million have come with green cards to work our farms each year. The estimate has likely increased since then.

The Hispanic farmworker community is poor, and underserved

The Hispanic farmworker community is one of our poorest populations, with little access to care. A combination of low socio-economic status, combined with working conditions that are often questionable, and healthcare access that is limited at best, they are a highly underserved population within the United States. Consequently, their death rate is higher than the US citizens that they serve.

What makes someone a farmworker?

Not all are from Mexico. There are also Puerto Rican, Cuban, and Central and South American cultures represented in farms across America. Still, a full 85% of farmworkers are Hispanic.

Some are indigenous migrants, or non-Latino/Hispanic who travel the eastern parts of the United States, working in agriculture. Documenting the flow of migrant workers across the US is a difficult task, and information is lacking.

It’s hard to pin-point who qualifies as a migrant worker, how many there are and, where they have come from. This presents a clear public health concern, as they may have been exposed to communicable diseases.

Tracking of migrants is poor

Public health efforts to track migrant movement can be further facilitated by effort in farmworker clinics in rural areas. States should then be better able to estimate the number of migrants moving in and out, and to be better prepared to provide public health services. Not only is diabetes of concern, but also, other diseases, including tuberculosis and HIV, which require medical attention and follow-up that the migrant population may not have access to. (1)

The need for Diabetes education in the migrant farmworker population 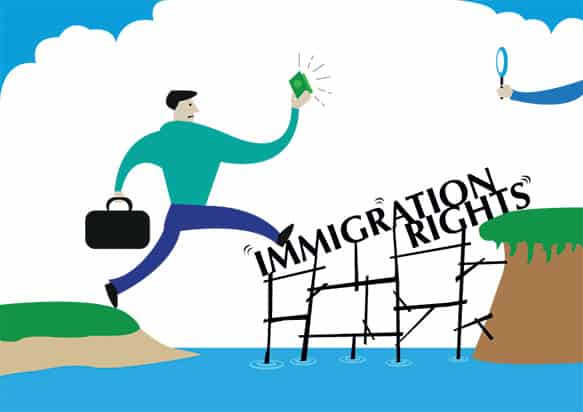 Migrants are a vulnerable population, as by the name, they are always moving. When one season is over, they move on to the next farm, in the next state. Many times, when green cards expire, they disappear into the Hispanic community and take on other various labor jobs.

As migrants often suffer from diabetes, they need expert education and care. The family suffering from complications from diabetes is great. With loss of limbs, such as in Henrico’s case above, the family unit suffers along with the patient.

At some point, their lack of care will impact society by straining emergency systems and other services as these patients get sicker. Some clinicians in Minnesota and North Dakota came up with a concept that serves the migrant population with an innovative new style of service delivery.

Frequent office visits, and multiple specialties and disciplines are required for quality diabetes care, and this new “go where they are” clinic approach seems to serve this purpose well. Clinicians came up with a popular concept that has been used to provide cluster clinics to serve these mobile populations all over the US. Each clinic is set up at a migrant camp, or in a setting near, or in a migrant community. 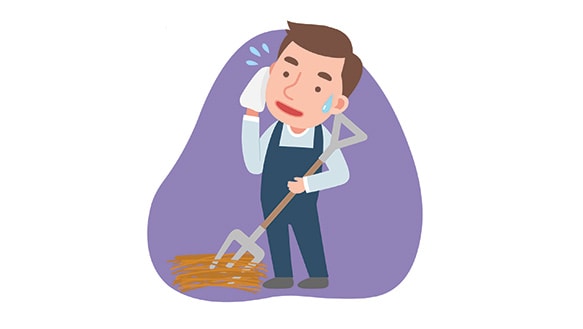 These are the many issues farmworkers face regarding healthcare.

Inability to pay, or no insurance

Inability to pay for health services is an issue, as the average farmworker makes a low wage. They also feel that they can’t miss work for doctor’s appointments. Work in the fields in strict, and from morning to sundown. Following work, they must shower before they go to classes or cluster clinic appointments, due to the pesticide residue that they may have on their skin.

Inability to take off work for healthcare appointments

We generally start our cluster clinics and diabetes education classes in the evenings, around 6 pm, and start the series after daylight savings time, when it is dark outside. The choice of day and time for the class is always important. It’s important to work with someone who knows what seasonally will be the best time for a class, before migrants move on to another state.

Other factors that present barriers to attending healthcare appointments

Participation seems to be good when we plan, provide transportation, a snack or meal for participants, child care, and it’s at a time slot that they can come for.

That sounds like many accommodations are made, and ones that we don’t provide for other populations. Most Americans do have to take off for medical appointments and diabetes classes. Farmworkers may not have fairness in the workplace like Americans do. They are denied many of the privileges that other workers in the US enjoy.

Services that are provided are culturally sensitive, and focus on self-management skills. Within each cluster clinic, there are an array of services in sub-clusters. We use outdoor tents, and partitions for privacy.

We have a check-in point, and then they go to see the nurse for history and physical, including blood pressure, height, and weight. This is followed with a visit to the primary doctor, who recommends referrals. They are then sent to the podiatrist for foot examination, to meet with the diabetes educator, and to have a vision screening, hearing and dental evaluation. The clinic offers laboratory services with rapid A1C testing, all on the grounds of a farm barracks, or in a Hispanic community.

How other regions handle cluster clinics for migrant farmworkers

In other counties that are even more rural than our own, they have implemented the use of lay diabetes educators, teaching DEEP or the Stanford Diabetes Self-Management Program out in the community centers or churches. This just gets the message further out into the Hispanic community. Lately, there is more isolation due to political discourse, and fear of violence against minorities, or unlawful deportation related to the current administration.

The higher the fears intensify with the new Nationalism, it’s more likely that Hispanic people with diabetes, whether farmworkers or not, may decide not to seek care for their diabetes. Fears of discrimination are great, as anger against immigrants grows with the political rhetoric in Washington.

Following the recent hurricanes in Texas and Florida, many migrant farmworkers in these areas are displaced. You may donate to migrant farmworker hurricane Irma victims in Florida here: https://www.farmworkerjustice.org/support/make-donation

You may also donate to your local farmworker program for your county or region. Just google farmworker outreach programs in your area.