Latina Lista: News from the Latinx perspective > Life Issues > Health > Latinas have much to gain with free access to birth control

Latinas have much to gain with free access to birth control

LatinaLista — It used to be there were two things Latinas never discussed — sex and birth control. A culture rooted so deeply in Christianity preferred to see sex as a necessary practice in fulfilling God’s commandments, with no confession of actually enjoying it. Since the end goal was always to get pregnant, for a Latina to use “the Pill” was not only seen as a mortal sin but the self-infliction of the biggest guilt trip ever. 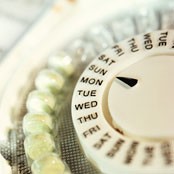 But today’s economic realities have forced both issues, once taboo in the Latino culture, out onto the forefront. And what we now know is that Latinas are having, and have always had, sex for enjoyment. Some are already taking birth control and a whole lot more still want to use it.

It’s that “whole lot more” segment for whom yesterday’s announcement by the Institute of Medicine (IOM) recommending that birth control be added to the services that health plans will cover at no cost to patients under the Patient Protection and Affordable Care Act of 2010 (ACA), otherwise known by detractors as Obamacare, is so important.

For Latinas who have a steady income and health insurance, birth control has been an available option, but for too many Latinas the option has either been non-existent or irregular.

With 39 percent of Latinas uninsured — the highest of all racial/ethnic groups — and 25 percent living at or below the poverty level, the use of birth control has boiled down to less of a religious conviction and more of a purely economic issue.

The Planned Parenthood Federation of America conducted a study that found Latinas in their prime childbearing years, ages 18 – 34, are more likely than all other young women to use prescription birth control methods – like the Pill – inconsistently because they cannot afford the insurance co-payments.

Anyone knows that taking prescription birth control medication inconsistently diminishes the effectiveness of it, and not taking it is a game of Russian roulette.

Already, it’s reported that 50 percent of Latina pregnancies are unplanned and over half of Latina teens get pregnant at least once before age 20 –nearly twice the national average. Couple those facts with the recent news by the Pew Hispanic Center that births instead of immigration are fueling the dynamic growth of Latinos in the country.

An unplanned pregnancy stresses family budgets already strained to the max and for teens who find themselves facing motherhood, it’s a future most likely filled with working minimum wage jobs to support herself and her child. In fact, 48.4 percent of Latina mothers have less than 12 years of education, compared with the national average of 22.2 percent.

That is sobering news because Latinos are on the way to becoming a majority minority in this country. It’s estimated by the US Census that by 2050 one in three U.S. residents will be Latino.

On this current track, Latinos risk being a majority population for whom a large segment will still live in poverty and have low levels of education, along with, dismal job prospects — unless something is addressed.

For starters, making birth control readily available to Latinas at no cost is a huge step in the right direction. It means more young Latinas can excel to their potential without the responsibilities of motherhood before they’re ready. It means more impoverished Latinas don’t have to live with the constant worry of how they will support their families if they suddenly discover they are pregnant, and most importantly, it means ALL Latinas have the same option of deciding for themselves if birth control is for them.