Latina Lista: News from the Latinx perspective > Life Issues > Health > Latino chef on mission to sweeten diets — without the sugar

Latino chef on mission to sweeten diets — without the sugar 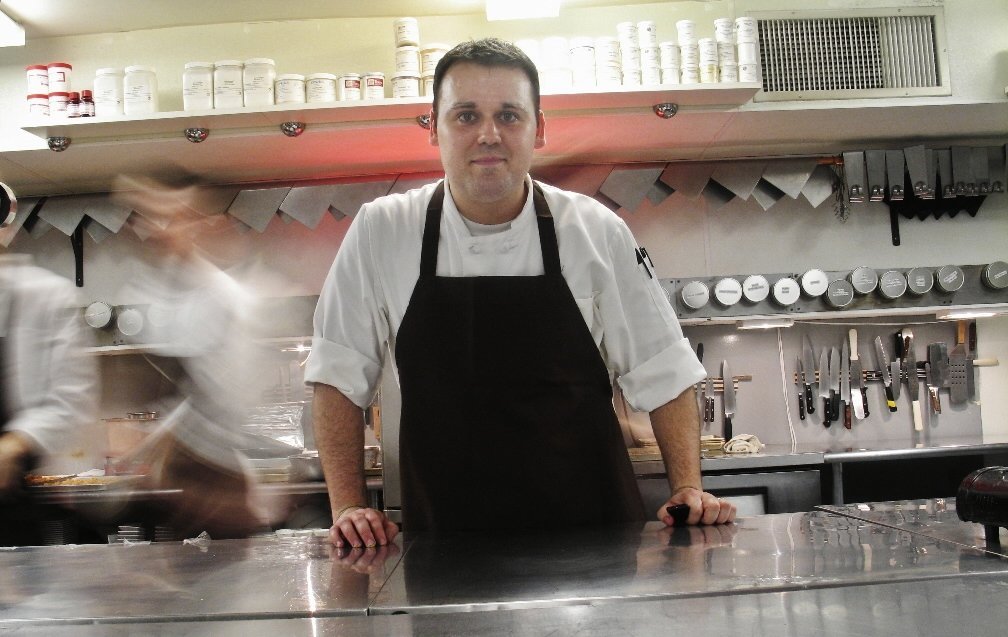 LatinaLista — A recent obesity study made official what everyone already knew — being overweight shortens your life. The study from Canada’s Research Institute of the McGill Univ. Health Center found that overweight people lose three years of living while the obese lose eight years off their lives.

Blacks and Latinos are the two top groups who have the most to lose according to the findings of this study. Both populations rank 1 (48%) and 2 (43%) respectively as being the most overweight/obese people in the nation.

Yet, even though there is hard evidence that being overweight robs you of more than just your health, there is a strong likelihood that most overweight people won’t give this study a second look, or even a first. The irony for them is that most of them who are overweight don’t want to be, but usually aren’t motivated to really try until they have a personal health scare.

One of the main complaints used as an excuse for not losing weight is that their relationship with food has to change. Though there has been a rise in cooking sites showing people they don’t have to sacrifice flavor to lose weight, the sad truth is there is one ingredient that no matter the substitute just doesn’t taste the same — sugar.

However, over the last few years, Chicago-based chef and restaurant entrepreneur, Homaro Cantu, has been using a natural African berry to transform the flavor of his dishes without using sugar or those ingredients high in fat and calories. It’s called the mberry, better known as the “Miracle Berry.”

The small berry packs a big punch, literally, changing the flavor of sour and bitter foods to sweet due to a protein in the mberry known as miraculin. Sour foods contain an acid that makes us pucker but not when our tongues are coated with miraculin. When the acid comes into contact with the miraculin, the protein, for about an hour, distorts the sour and bitter into a sweet taste.

Immediately, Cantu recognized the potential for the mberry — taking bitter, sour and bland foods and make them deliciously sweet. Over the last eight years, the food innovator has worked on integrating the mberry into his dishes. In 2013, Cantu authored the Miracle Berry Diet Cookbook and on December 12, 2014 he plans to launch his most ambitious project yet featuring the mberry — a coffee shop.

Cantu is adding Berrista Coffee to his stable of popular restaurants. His tagline “Where our beans are magic,” underscores his mission to create an eating experience where diners can indulge in their favorite comfort foods — from doughnuts and pan inis to lattes and coffee — with the satisfaction that they’re not packing on the extra pounds that usually come with it.

While Cantu has worked to perfect the mberry into a form that he can use in his dishes, the general public can buy the mberry in tablet form from the U.S. company distributing the product, and who are encouraging people to host “flavor tripping parties” to see for themselves why it’s called the “miracle berry.”

Editor’s Note: After first reading about Homaro Cantu and his new restaurant concept, I had to try the mberry and see if it lived up to its hype. I bought one package and followed the directions of letting one tablet completely dissolve in my mouth before eating. After it dissolved, I sliced a lemon and bit into it. Usually, the smell alone makes my salivary glands go into overdrive and my mouth starts to pucker before I even get it to my mouth. Amazingly, the lemon slice wasn’t sour at all. It tasted as sweet as an orange. Now, I’m ready to try one of Cantu’s sugarless doughnuts!