Latina Lista: News from the Latinx perspective > Life Issues > Children > Latino teens at higher risk of hearing loss among peers because of one (bad) habit

LatinaLista — What teenager doesn’t like to crank up the music? If the music is on the car radio or bedroom stereo, it’s not too big a deal because there’s most often someone around either yelling to turn it down or casting enough bad looks their way that eventually they get the message. 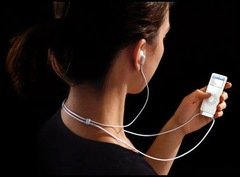 But it’s a different story when the volume is maxed out on their iPod, iPhone, or anything that requires them to wear earbuds/headphones to hear their music in high quality. While the kids probably do it all year long, it’s worse during the summer because they can go for hours being “plugged in” to their music.

In fact, according to the American Speech-Language-Hearing Association, Latino teens run the highest risk of impairing their hearing because they “use personal audio technology for longer periods and at higher volume.”

To get kids and parents to be aware that hearing loss is a real and serious consequence of such a passive activity as listening to music, if not done correctly, a new campaign kicks off today called “Listen to your Buds.”

The purpose of the campaign is to teach parents how to teach their young children how to safely listen with their earbuds. The hope is that young children will grow up with good listening habits and the message will filter over to older siblings.

The campaign’s web site has information for parents and educators about how suspected hearing loss in a child can be detected and how it impacts their lives, from daily living to school.

The organization behind the campaign, the American Speech-Language-Hearing Association, also provides safety hearing tips and a video on the ear to fully explain to both parents and children why something as simple as listening to music can actually “scar” a person for life if not done correctly.

It’s a message that everyone needs to hear since “leading authorities predict a rise in hearing loss nationally due to unsafe use of personal audio devices.”

That’s a message that can’t afford to fall on “deaf ears.”