LatinaLista — A recent survey about teen drug use published by scientists at Duke University in the November issue of the journal Archives of General Psychiatry had both good news and bad news. 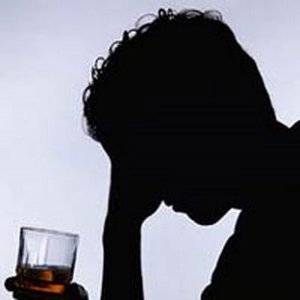 The good news is that of the 72,561 adolescents ages 12 to 17 who were surveyed, 63 percent did not report having used drugs or alcohol within the past year.

The bad news is that of the 37 percent who had said they did use alcohol or drugs in the past year; “7.9 percent met the criteria for a substance use disorder, meaning their use had escalated, interfered with other activities, caused legal problems and/or damaged relationships.”

Unfortunately, as this survey illustrates, drugs and alcohol are readily available for any teen who wants to do it. For some groups of kids, the temptation is just too seductive to ignore.

The Duke scientists found that not all kids experiment and use drugs and alcohol the same.

Native American teens were found to have the highest prevalence of alcohol use (37 percent), followed by whites (35.3 percent) and Hispanics (32.2 percent). By contrast, 24.8 percent of African-American and 18.9 percent of Asian teens reported using alcohol in the previous year.

Drug use followed a similar pattern, with the highest rate of use reported among Native American youngsters (31 percent), children of multiple ethnicities (23.3 percent) and whites (20 percent). African-American and Hispanic youths had drug use rates of about 18 percent, while Asians had the lowest rate at 11.7 percent.

The study found that of those students who said they did drugs 26 percent had an abuse/dependency problem with marijuana. It was the drug used twice as much as any other drug. Next, came stimulants and alcohol was last.

“Substance abuse problems are very difficult to treat when you get into adulthood,” Dan C. Blazer, M.D., PhD, in Duke’s Department of Psychiatry and senior author on the study, said. “If you really want to reverse the abuse and dependence on these drugs, what you need to do is start early, and focus on trying to get these young people into treatment, or catch them earlier and stop them from even starting.”