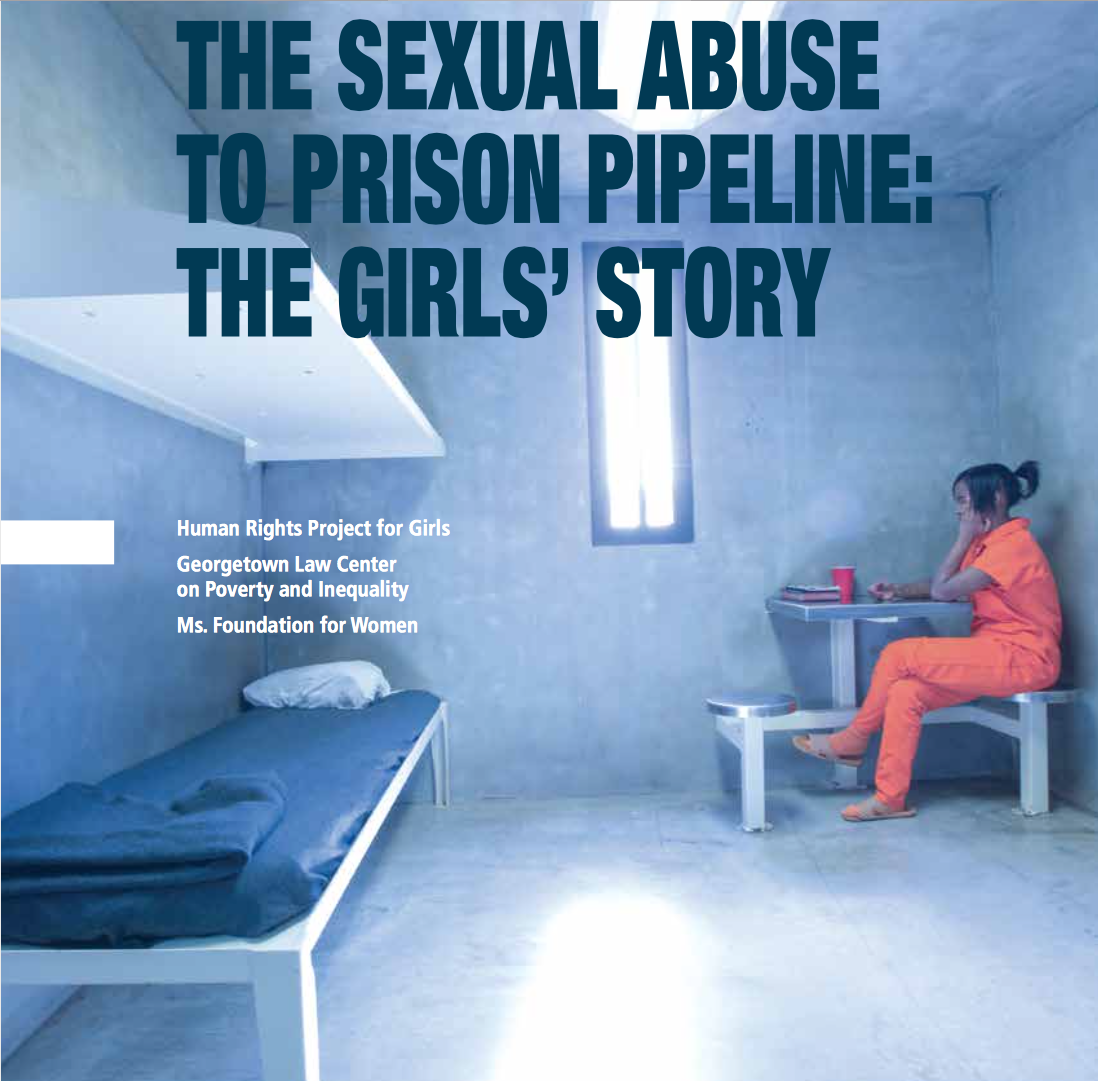 LatinaLista — The number of girls in the juvenile justice system is increasing, particularly for Black, Native American and Latina girls. Not because they’re committing more robberies, murders or attacks but, according to a new study released today, it’s because these girls are likelier victims of sexual abuse and are acting out their trauma in a way that law enforcement and the public perceive as violating the stereotype of how girls are supposed to behave.

“The Sexual Abuse to Prison Pipeline,” a report co-authored by the Human Rights Project for Girls, Georgetown Law Center on Poverty and Inequality and the Ms. Foundation for Women, discovered that the majority of girls who are put into the juvenile justice system suffered “overwhelmingly” high rates of sexual violence.

According to the study, “Justice-involved girls also are victimized by sexual violence at an earlier average age, and for a longer average duration, than other forms of abuse.”

With no one to talk to and no health programs, physical or mental, in place at most juvenile facilities to uncover these crimes committed against these girls, the vast majority suffer in silence while fighting to keep the world at arms length.

The majority of sexually abused girls enter the juvenile justice system usually because of truancy, substance abuse or because they are run-aways. Researchers identify these behaviors as the most common symptoms of sexual abuse and signs that a girl needs therapeutic intervention.

Research has consistently shown that girls’ problem behavior, in contrast to that of boys, “commonly relates to an abusive and traumatizing home life.

“This report shows that victims end up behind bars because we are criminalizing behaviors that are the direct result of child sexual abuse,” said Teresa C. Younger, Ms. Foundation for Women President and CEO. “It is unjust that we are criminalizing girls who are victims of sexual abuse. And it is unconscionable that, once inside the juvenile justice system, the trauma that these girls suffer from is routinely undiagnosed, untreated or simply ignored due to lack of health care, standardized protocols and access to the services they need.”

Among the recommendations the authors suggest are:

“As harsher punishments are doled out to girls of color across the nation, in our schools and on our streets, it is clear that gender stereotypes and racial bias are rampant,” Younger said. “The very system that is charged with protecting our communities is slowly dismantling them by punishing survivors of child sexual abuse instead of providing them with treatment and a stable environment.

“Without the implementation of new safeguards to protect our country’s young women we will we be left with an irreparable generational gap that disproportionately affects communities of color.”