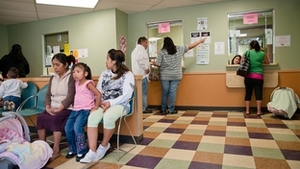 These truths should already raise a red flag as to the quality of health among Latinos. Yet a new report released today shows that the one place Latinos should be able to get quality healthcare when they need it is the one piece of the healthcare puzzle that is failing them — hospitals.

The report goes on to say:

If all hospitals performed at the 5-star level over the three years studied, the lives of more than 240,000 Medicare patients could have been saved, the report stated.

Poor quality of care can include things such as: delays in emergency service, the lack of proper sterilization measures, errors in patient documentation, lack of initial infirmary care, failed operation and use of specialized equipment, failure to store medication properly, and failure to take basic precautions in patient care.

Unfortunately, these types of conditions are too often found in those hospitals that service a large minority population.

For example, at Parkland Hospital in Dallas, whose clientele is majority Latino, the hospital was recently cited for “not taking proper precautions to ensure cleanliness before caring for patients and neglecting to remove soiled gloves and gowns. Infectious waste, such as syringes, bodily fluids, and respiratory equipment, was improperly disposed of. Patients were not stabilized before being transferred from the emergency room to other departments and their pain levels were not properly assessed. Severe staff shortages meant that residents worked unsupervised and nurses were not available at certain hours. Bed linens often went unchanged, expired drugs were used, examinations were performed incorrectly and diagnoses were often wrong.”

Each of these examples underscores the ease of improving the quality of care for patients. The only requirement is that the medical staff and its administration care about their work — and treat their patients as if they were 5-star patients.

Previous Post New research shows Latino Millennials are more old-fashioned in morals and attitudes than peers
Next PostBrazil: The 2011 Pan Am games show the world Brazil is more than soccer

New research shows Latino Millennials are more old-fashioned in morals and attitudes than peers
Comment
Brazil: The 2011 Pan Am games show the world Brazil is more than soccer