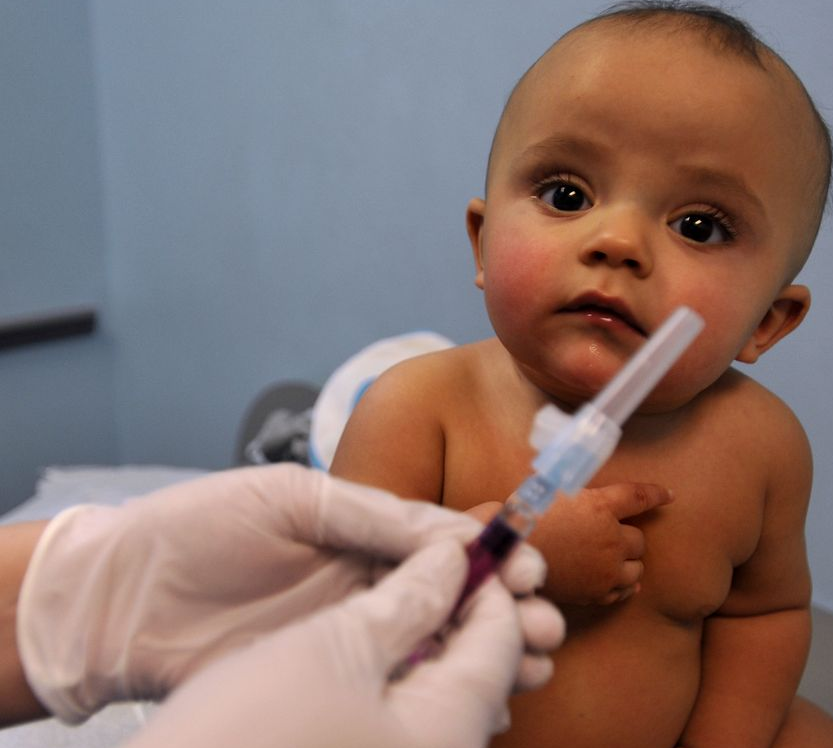 LatinaLista — A new study published in the March issue of JAMA Pediatrics on the December measles outbreak, traced to California’s Disneyland, confirms what was on everyone’s minds — not being vaccinated caused the illness to spread.

Researchers from Boston Children’s Hospital and the Massachusetts Institute of Technology found that a perfect storm was created at the popular tourist destination when visitors from countries with low vaccination requirements mixed with U.S. citizens who had not been vaccinated. The result was the spread of a preventable disease.

The Centers for Disease Control and Prevention (CDC) reports that as of March 6, 173 people in 17 states and the District of Columbia suffered from the highly contagious disease, with most of the cases attributed to the Disney exposure.

Researchers calculated that the vaccination rates of the people exposed to the virus were as low as 50 percent and no higher than 86 percent. It’s an alarming revelation since researchers say that to prevent such outbreaks there must be a 96-99 percent vaccination rate.

The Disney measles outbreak shone a new light on the anti-vaccine movement that has slowly been gripping the country over the last several years. Critics of vaccines attribute serious side effects and even autism in children after receiving common vaccines. Since December, the medical community has been speaking with renewed forcefulness in trying to convince parents that the risks of not immunizing their children outweigh the slim possibilities of developing any side effects.

In that vein, Texas’ medical community just unveiled a bilingual online resource to help inform parents about the importance of immunizations, which ones are received at which age and a way to keep track of their children’s shots.

Recently, Latina Lista spoke with pediatrician Dr. Marietta Vásquez, founder of the Yale Children’s Hispanic Clinic, who shared her thoughts about the importance of vaccinations.

LatinaLista: As a pediatrician, how do you convince parents, who don’t want to immunize their children, to do so?
Dr. Vásquez: My responsibility as a physician, pediatrician, infectious diseases doctor or vaccine expert is NOT to convince, but to help people make informed decisions. To this end, first, I listen. The only way practitioners can successfully address a question is by listening and really understanding where it’s coming from.

So when a patient says, “I don’t want the vaccines,” I listen and ask questions: “Tell me, what are your concerns? What have you heard? Do you know of somebody who had an adverse reaction to vaccines?” Maybe they saw something on TV, read something on the Internet, or maybe they have a family member with autism.

Listening is the first step; the next is to not preach or indoctrinate.

I give information, and I’ll be very frank with parents. I say, “This is my area of expertise; let me tell you about this vaccine.” I talk about what the vaccines are, what is in the vaccine, what is not in the vaccine, because there are a lot of misconceptions.

Some people still think there is mercury in vaccines, but it is only present in the multi-dose flu shot. I also make sure that I talk about the diseases in question because oftentimes parents will say no to the MMR vaccine, but I feel that it is my job as a physician to inform them that there is an outbreak and to talk about what nobody wants to talk about — that children can die from this. And then I ask if they have any questions. I give them literature and time to decide.

My goal is to help parents make an informed decision.

LatinaLista: What do you feel is the historic cultural attitude of Latino parents towards immunizing their children?
Dr. Vásquez: When it comes to vaccine decisions I try not to think of groups by racial, ethnic nor cultural attitudes, as vaccine decisions are different for every individual. I developed a Hispanic clinic at Yale, where I practice, called the Yale Children’s Hispanic Clinic (Y-CHiC) which cares for Latinos from many differerent countries. We discuss the vaccines we administer: their benefits and side effects. Overall, the immunization rates are very high.

However, data from the United States on immunization rates by ethnicity show that Hispanic adults have the lowest immunization rates. This could be due, in part, to poor access to health care, among other factors.

For example according to the CDC 2011-2012 National Immunization Survey (NIS) report on flu vaccine coverage, Hispanic adults 18 and older have the lowest influenza vaccination rates in the United States. Only 29.4% of Hispanic adults got a flu shot last year compared with 47.6% of white non-Hispanic adults. On the other hand, Hispanic children have the highest rates of flu vaccination.

LatinaLista: If a parent feels that their young child or newborn was exposed to measles what can they do?
Dr. Vásquez: Immediately contact your physician or local department of public health

Don’t leave it to chance, vaccinate!