Young people are being exposed to a massive amount of marketing for sugary drinks, such as full-calorie sodas, sports drinks, energy drinks and fruit drinks, according to a new study from the Yale Rudd Center for Food Policy & Obesity. The study is the most comprehensive analysis of sugary drink nutrition and marketing ever conducted. The data indicate that the companies involved target young people, especially Black and Latino youth. 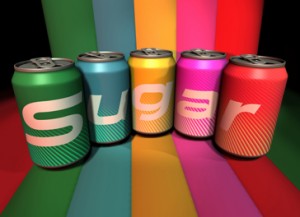 In an interview, Jennifer Harris, director of marketing initiatives for the Rudd Center, details exactly how beverage companies are marketing to Latino youth, how sugary drinks contribute to childhood obesity and what parents need to know to ensure their children and teens are getting the nutrition they need.

How are marketers specifically targeting Black and Latino youth with sugary drink ads?

We don’t know for sure that the marketers are targeting anyone because we don’t have access to their internal strategy documents. So what we do is look at the data and ask a couple of questions. We ask if they’re using techniques that appeal more to one group or another. For example, Sprite has a step-and-jerk dance competition, which is popular among Black, inner-city youth; that would be an indicator they’re targeting Black youth. Or any kind of Spanish-language advertising would be obvious that they’re targeting a Latino audience.

How are sugary drink companies advertising on Latino-focused media?

There were really only a handful of companies that advertise on Spanish-language TV, and Coca-Cola was clearly the leader. Over a third of the advertisements that Latino youth saw were for Coca-Cola. 5-hour ENERGY drink was also big.

The other thing that we saw was how more and more sugary drink companies are buying ads on Latino media. They spent about almost 50 percent more on Spanish-language media in 2010 as they did in 2008. So there’s an upward trend going on there.

Nielsen classifies those cable networks as Spanish-language as well.

One surprising detail in the report is about Sunny Delight. Talk about the findings specific to Sunny D.

Sunny D is basically a fruit drink with added vitamin C, which is not especially important according to most of the nutritionists we spoke to. It has really high sodium levels — the highest of any of the fruit drinks. It also has artificial sweetener, so it has sugar plus artificial sweetener, and what that does is just really make the beverage sweet. This is a concern for children because everyone prefers the sweet taste, but it’s also something you become accustomed to. The sweeter the products you consume, the more you like that sweet taste.

Sunny D had artificial sweeteners, 18-20 grams of sugar per 8 ounces and more sodium then any of the other fruit drinks. It’s definitely the worst product that’s marketed to kids, but it does have that health halo.

We also did research with parents, asking them how healthy they think that product is. Included were Latino, non-Latino and Black parents. They all thought that product was healthy.

So where is the disconnect?
It’s probably because [the manufacturer] markets the drink as a good source of Vitamin C, and it looks like orange juice.

Another thing related to fruit drinks that we found happening a lot on websites and a little bit on TV is that Kool-Aid is being marketed to parents as cheaper than soda, Latino parents specifically. While that’s true, kids shouldn’t be drinking it.

Previous Post Is it the end for dual language education in Delaware?
Next PostEl Salvador: Women of El Salvador start the New Year with a special law protecting them

Is it the end for dual language education in Delaware?
1 Comment
El Salvador: Women of El Salvador start the New Year with a special law protecting them