Susan G. Komen for the Cure partners with Mexican government to bring breast cancer awareness to Mexican immigrants in U.S.

LatinaLista — The pink ribbon has become an iconic symbol worldwide for breast cancer awareness — it even has its own Wikipedia entry. Thanks to a great marketing effort, that has been both viral and organized, there’s no one who doesn’t instantly recognize what the pink ribbon symbolizes. 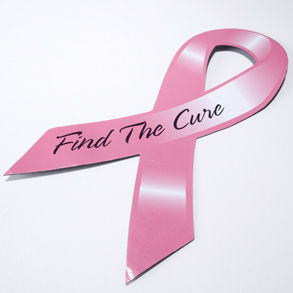 The one organization, for whom the pink ribbon has become its alter-ego is the Susan G. Komen for the Cure organization. The pink ribbon serves as the calling card for the international organization to get into communities to share its message of the importance of breast cancer screenings.

Though the main web site of the Race for the Cure has had a Spanish version, the organization realized more needed to be done since breast cancer continues to be the leading cause of cancer-related deaths in Latinas. Among the main reasons that this sad statistic persists are because most Latinas are uninsured, live in poverty, and if they’re an immigrant, don’t have the education to know what needs to be done.

To address the unique cases of immigrant Latinas and Latinas of Mexican descent, which comprise the majority of Latinas in the United States, the Susan G. Komen for the Cure launched a pilot partnership last month with four Mexican consulates.

“Susan G. Komen’s mission has focused on ensuring that no woman suffers the horrors of breast cancer because she didn’t have access to care,” says Komen Founder and CEO Nancy G. Brinker. “Oftentimes, Mexican-American women and others from underserved populations face many barriers that lead to higher rates of late-stage diagnoses and higher mortality rates from breast cancer. Our goal in partnering with a select group of Mexican Consulates in the United States and Ventanillas de Salud (VDS) is to eliminate those barriers and make sure that the breast cancer needs for Hispanic women are met.”

The partnership is being described as integrating breast health materials and education into the Mexican government’s Ventanillas de Salud (Window of Health) program for Mexicans living in the United States. The four projects are supported by a grant from Komen for the Cure and will also help the program increase the program’s reach into the community with breast cancer information. The organizations receiving the grants will work closely with their local Mexican consulate and, in some cases, the local Komen Affiliate to provide targeted education.

For the moment, only agencies in Dallas, San Antonio, San Diego and Little Rock, Ark. will be part of the initiative.

Next year, a second part of the program will roll out — a comprehensive bilingual breast cancer education toolkit. In 2013, Komen will release a national Latina Breast Cancer Education Toolkit in both English and Spanish.

According to the media spokesperson of the Susan G. Komen organization, the toolkit “will enhance current efforts to reach the foreign-born and national Latino population at the local level, connect them to breast cancer services, and ultimately change behavior.”

In the meantime, officials with Susan. G. Komen remind women they can still find all the information they need on their website, including interactive tools such as a mammogram/Clinical Breast Exam reminder tool, and fact sheets that can be accessed online and downloaded free of charge.