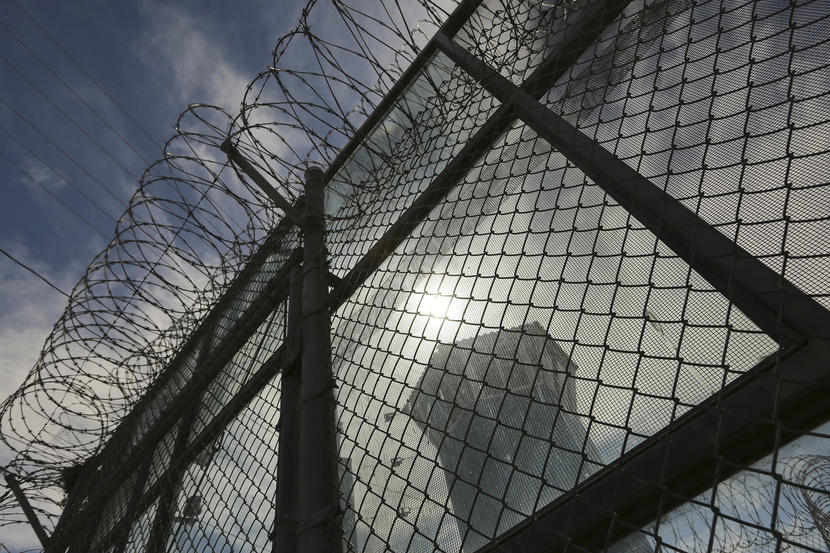 LatinaLista — Immigration isn’t the only issue on the list in need of reform. Over the last few years, a growing call to reform the criminal justice system has sounded through the nation as more instances of unarmed people of color are killed by police, punitive sentences are doled out for nonviolent offenses or minimum possession of drugs and juvenile detention facilities swell with kids whose crimes are minor offenses, if any real ones at all.

It’s not a matter of asking the judicial system to “go soft” on offenders but a matter of weeding out the bias and blatant racism that exists and condemns mostly people of color to not just jail or detention time but to a lifetime carrying a record that impedes their ability to get a good job or be a responsible citizen.

In a film under development (and featured as a crowdfunder spotlight on Latina Lista) titled THE RETURN, we’re reminded that the U.S. has more people incarcerated than any other country in the world.

The detention of undocumented immigrants, along with, other inmates has become a booming business for private prisons and juvenile detention facilities are being used as an excuse to hide away troubled youth, rather than get them the help they need.

Some advocates for juveniles, such as the respected Annie E. Casey Foundation, are surprising everyone with their recent declaration that juvenile detention centers need to be reformed or done away with since most places, with few exceptions, fail their young residents in a laundry list of ways.

It’s no surprise that the White House is heeding this call for reform and released today a factsheet on how it has accomplished their reform goals so far.

Among the highlights are:

In April 2014, the President established a clemency initiative to encourage individuals sentenced under outdated laws and policies to petition for commutation. The President has now granted 89 commutations to individuals serving time in federal prison. Had they been sentenced under current laws and policies, many of these individuals would have already served their time and paid their debt to society. Because many were convicted under an outdated sentencing regime, they served years — in some cases more than a decade — longer than would individuals convicted today of the same crime.

In August 2013, the Department of Justice launched the “Smart on Crime” initiative, revising its charging policies to avoid triggering excessive mandatory minimums for low-level, nonviolent drug offenders. Since the launch of the initiative, data has shown that prosecutors are being more selective and focusing on more serious cases with a positive impact on prosecutions.

In December 2014, the Department issued updated profiling guidance that, among other things, expanded the prohibition to religion, national origin, sexual orientation and gender identity and was applicable to state and local law enforcement agencies working on federal task forces.

In January 2014, the Departments of Education and Justice released guidance to schools aimed at increasing school discipline policies that support improved behavior in students while minimizing the school to prison pipeline.

Yet, with all these measures in place, the fact remains that too many people of color are being ensnared into a system that still doesn’t enjoy widespread practice of White House reform initiatives. Until that happens, the call for reform will continue to ring out.