LatinaLista — Since January 1989, 891 men and women have been exonerated from prison. What does that mean? It means that these men and women are the lucky ones. They were the ones who professed their innocence from the time they were taken into custody, endured years of imprisonment and separation from their families for crimes they did not commit — and someone believed in them enough to review their cases and discover they were telling the truth the whole time. 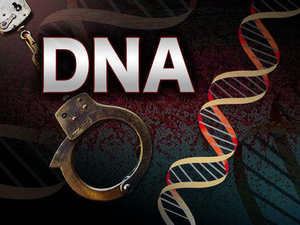 Knowing about these 891 cases is important for society. It underscores the fact that our judicial system makes mistakes and that not everyone who is sentenced is a criminal. Knowing that mistakes are made and that innocent people suffer from the mistakes of those in the judicial system should make the judicial system and all its players — from law enforcement to lawyers and judges — more diligent in finding the truth in every case.

The University of Michigan Law School and the Center on Wrongful Convictions at Northwestern University School of Law have partnered together to create the National Registry of Exonerations, the largest database of exonerations ever available.

From their extensive compilation of cases, the schools have gleaned certain facts about the exonerated which hold up an uncomfortable mirror to US society.

According to the Registry:

The exonerations in the Registry are unevenly distributed geographically. They are concentrated in several states, led by Illinois, New York, Texas and California. Some counties, like Cook (Chicago),Illinois, and Dallas, Texas, have dozens of exonerations; other counties with millions of people, like San Bernardino, California and Fairfax, Virginia, have none. Neighboring counties are often very far apart. Santa Clara County, California – home of the Northern California Innocence Project – has 10 exonerations; directly to its north, Alameda County has more violent crime but no known exonerations;

Thanks to the Registry, the notion that if a person is in jail, he/she must be guilty, rewinds that assumption and serves to remind everyone that every person is entitled to be seen as innocent until proven guilty — without a shadow of a doubt.

Non-profits take backseat to political donations, but which is the better community investment?
Comment
Video: Giving East LA kids cause for empowerment