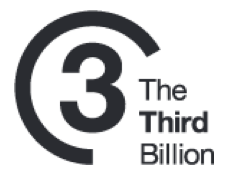 …approximately 860 million women worldwide are “not prepared” — lacking sufficient secondary education — and/or “not enabled” — lacking support from families and communities — to take part in the world economy. The vast majority of these women, between the ages of 20 and 65 – 822 million – live in emerging and developing countries and the rest – 47 million – live in North America, Western Europe and Japan. Counting female births and those under age twenty, this number will add up to a billion in the next decade.

Seeing the potential in these women as both the biggest asset to the world’s economic future and the largest waste of human capital if something isn’t done, a new global initiative has launched in the hopes of turning a potentially sad statistic into a promising one.

The Third Billion Campaign wants to make sure women throughout the world have the resources necessary to reach their full economic potential.

“…if women’s economic potential can be successfully harnessed and leveraged, it would be the equivalent of having an additional one billion individuals in business and in the workforce, contributing to the global economy: often referred to as the “third billion.”

Seeking working partnerships over the next five years with governments, NGOs, corporations, youth and others, the campaign is an initiative of La Pietra Coalition.

La Pietra Coalition is comprised of major media, government and non-profits from around the world. Working together, they are positioning the Third Billion Campaign to address four areas in which to help disadvantaged women gain access: legal protection, finance, education, training, and markets.

On the site, an online petition is available for people to sign to show their support for equipping the Third Billion with the necessary tools to become full members of the global economy.

“The urgency of the situation is clear: Women are expected to help support their families but, particularly in rural areas, have virtually no employment opportunities. Small enterprises — selling produce, groceries or other items — are often the only alternative. But women lack access to productivity-enhancing technology, let along the basic assets necessary to start these businesses,” said Dr. Victoria Kisyombe, founder and director of Tanzania’s Sero Lease and Finance Ltd (SELFINA). “We are ready, if we receive the tools, the skills and the financing to grow.”

Previous Post Low-income, black and Latino kids suffer the most in Texas from decline in childhood arts education
Next PostGOP presidential nominees just keep hatin' on the DREAM Act