LatinaLista — Ever since the results of the 2010 census showed that populations of color were progressing in number faster than originally estimated, the U.S. Census has stepped up its game of showcasing data that better reflects the diversity of the nation. 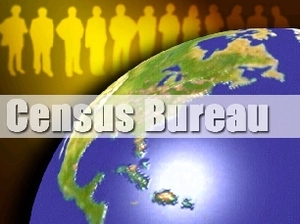 But data only goes so far, especially if it’s a couple of years old. Not to mention, data doesn’t always do justice to communities that may be in flux or are segregated. This point was clearly brought home to U.S. Census workers trying to gather information for the 2010 census when numerous challenges were confronted in trying to count undocumented Latino immigrants.

It was only when the local community leaders supported the census and urged their residents to participate did the Census workers gain entrance into those households whose distrust of the government had kept them from participating.

It was a lesson that highlighted the need for the U.S. Census Bureau to have an ongoing relationship with these kinds of communities long before the next census comes due. In that spirit, the U.S. Census Bureau announced that it has established the National Advisory Committee on Racial, Ethnic and Other Populations.

The 31 members comprising the Advisory Committee come from the non-profit sector, academia and religious organizations.

“Members who are chosen to serve must have expertise and knowledge of the cultural patterns and issues and/or statistical needs of minority populations and subculture groups, such as hidden households, rural populations, students and youth, etc,” replied Brian Lavin, public information officer of the U.S. Census Bureau, in an email to Latina Lista. “The Advisory Committee will advise the Census Bureau Director on the full range of economic, housing, demographic, socioeconomic, linguistic, technological, methodological, geographic, behavioral, and operational variables affecting the cost, accuracy, and implementation of Census Bureau programs and surveys, including the decennial census.”

The committee members are chosen to serve a three-year term and will be re-evaluated by the Census Bureau Director at the end of that time. October 25 marks the first meeting with plans to meet at least twice a year, keeping all meetings open to the public.

Of the 31 members, three Latinos serve on the inaugural advisory committee: Altagracia Ramos, founder of the Ohio Hispanic Chambers of Commerce; Jacinto P. Juarez, dean emeritus of Laredo Community College in South Texas and Angelo Falcón, president and founder of the National Institute for Latino Policy.

“We expect that the expertise of this committee will help us meet emerging challenges the Census Bureau faces in producing statistics about our diverse nation,” said Thomas Mesenbourg, the Census Bureau’s acting director. “By helping us better understand a variety of issues that affect statistical measurement, this committee will help ensure that the Census Bureau continues to provide relevant and timely statistics used by federal, state and local governments as well as business and industry in an increasingly technologically oriented society.”