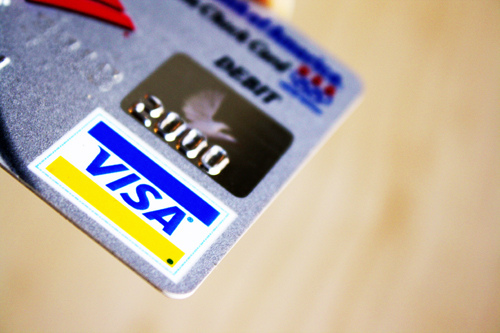 LatinaLista — Latinos have a love-hate history with banks. A prior story on Latina Lista revealed that nearly half of all Latino households operate outside the traditional banking system, and roughly 15 percent have never even possessed a bank account.

After a report released today, it’s a wonder there aren’t more Latinos, and non-Latinos, who opt for the mattress as their bank vault.

According to the report, High-Cost Overdraft Fees, a part of the ongoing series The State of Lending published by the Center for Responsible Lending, consumers are being charged abusive fees on their debit cards and checking accounts.

The report reveals that there’s a hefty price to pay for the convenience of using a debit card and not being vigilant about how much money is in your checking account.

The report found that:

As most people know, money isn’t free. How many of us have held our breath to wait and see if our debit card is accepted when buying something, knowing that our account won’t fully pay for the purchase till that paycheck clears? Chances are if we were short of money in our account, the bank went ahead and paid anyway — but not out of the kindness of their hearts.

More so because of the overdraft fees they’ll be charging that will recoup their generosity and then some.

The report found that most people prefer to use their debit cards rather than write a check these days. As a result:

Because debit card transactions tend to be small and trigger average overdrafts of only $20, they incur the most expensive fees in terms of cost per dollar overdrawn ($1.75). Typically, the overdraft fee is nearly twice the size of the debit card overdraft itself. This is particularly striking since transactions on debit cards can be declined, at no cost to the consumer, when the account lacks sufficient funds.

The report details how some banks manipulate posting of purchases, draining the account faster, so that every purchase applied towards the account will register as negative, ensuring the banks of multiple overdraft fees to be collected.

Though news like this is enough to make a person withdraw their money from their bank — if the bank is making a habit of practices described in the report — the bottom line is that it’s no one’s fault but our own.

It’s each person’s responsibility to make sure there’s enough money to cover their purchases and have the self-will to not buy what they can’t afford.