LatinaLista — The one line of defense critics use to denounce issues like the DREAM Act or in-state tuition for undocumented students or allowing undocumented parents to stay with their families while their deportation cases are being heard is that the critics are only following the “rule of law.” 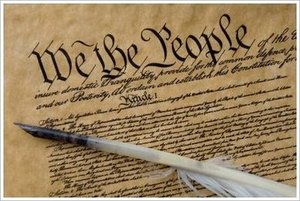 Yet a revealing new study by Xavier University’s Center for the Study of the American Dream finds that most of these critics would find it difficult to explain the rule of law.

It can be said that the only reason the immigrants scored higher than the citizens was because they were studying for the exam anyway, but the questions are what every American school child grows up learning about and so the argument almost seems like a moot point.

Researchers found that among those surveyed there was a strong distrust of the government and political leaders but 59 percent of respondents couldn’t name one power of the federal government, 77 percent couldn’t name one power of the states, 60 percent didn’t know what an amendment was and, sadly, 62 percent couldn’t even name the Governor of their own state.

There were other disappointing findings:

When asked questions about government and political leaders, the survey results found:

85% did not know the meaning of the “the rule of law.”
82% could not name “two rights stated in the Declaration of Independence.”
75% were not able to correctly answer “What does the judiciary branch do?”
71% were unable to identify the Constitution as the “supreme law of the land.”
68% did not know how many justices are on the Supreme Court.
63% could not name one of their two US Senators.
62% could not identify “What happened at the Constitutional Convention?”
62% could not answer “the name of the Speaker of the US House.”

Researchers also found proof that education makes a difference. Only 44 percent of respondents with a high school education or less passed the survey questions while 82 percent of college graduates passed.

“Civic illiteracy threatens the American Dream because it threatens the freedoms we treasure. Civic illiteracy makes us more susceptible to manipulation and abuses of power,” said Michael Ford, the Center’s Founding Director. “The issue is not about sensationalizing who passed and who failed. It’s about what vote-eligible Americans specifically know and do not know in the midst of an important presidential election, after 12-18 years of school and 24/7 exposure to unfiltered multi-media.”