LatinaLista — At the mention of the word ‘salmonella,’ most people start throwing away questionable foods, spraying down countertops with anti-bacterial cleaners and wiping clean cutting boards. Yet, mention the word ‘listeria,’ and most people aren’t sure what it means or what to do about it. 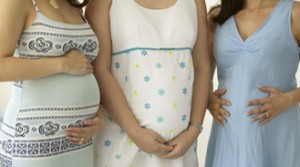 Well, listeria is a lot like salmonella and what’s important to know is that the food-borne disease, the third leading cause of death from food poisoning, according to the Centers for Disease Control (CDC), has increasingly been affecting pregnant women — especially pregnant Latinas.

Data collected by the U.S. Centers for Disease Control and Prevention’s (CDC) Foodborne Diseases Active Surveillance Network (FoodNet) reveal a disturbingly high rate of Listeria infections among pregnant women — nearly 13 times higher than the general population. From 2004 through 2009, more than one-third (385) of Listeria infections during pregnancy occurred among Hispanic women.

Contracting listeria is serious enough but a person with a weakened immune system, like a pregnant woman, the risks to both mother and unborn child are extremely dangerous.

One-in-three cases of Listeria infections in pregnant women resulted in fetal loss or neonatal death from 2004 to 2009. Among those newborns with infections, 44 percent were stricken by meningitis, an inflammation of the membranes covering the brain and spinal cord that can result in hospitalization, neurological damage and death.

Yet, why are pregnant Latinas so prone to getting listeria?

It’s all in the diet.

The CDC found that the main source of listeria for pregnant Latinas — 58 percent of the cases — was because they ate Mexican-style cheeses.

Not because the cheeses were ‘Mexican-style’ but because they may not have been made under the most pasteurized conditions that would have killed the bacteria.

However, cheese isn’t the only food where listeria hibernates:

For more information on Listeria, the CDC provides two sites, one in English and the other in Spanish.

It’s an illness like this when the phrase “eating for two” takes on a whole new meaning.