LatinaLista — Getting a headstart on May’s month-long observance of National Teen Pregnancy Prevention Month, Planned Parenthood and the Center for Latino Adolescent and Family Health (CLAFH) at the Silver School of Social Work at New York University released the findings of a poll asking Latinos how they feel about teen pregnancies. 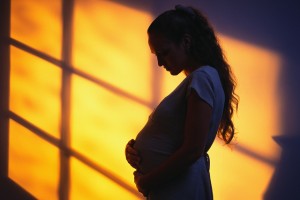 It’s a relevant question since Latina teens still retain the dubious distinction of having the most babies, and repeat births.

The overall community response is that the vast majority of Latinos hate to see young Latinas getting pregnant.

• 87% of Latinos surveyed said it is very important for teens to avoid getting pregnant or causing a pregnancy.
• 51% said avoiding teen pregnancy is even more important for Latinos than it is for other groups.

Thankfully, the teen birthrate is declining among Latinas but it’s because of two reasons — abstinence to a lesser degree and birth control usage for the greater majority.

It used to be thought that mentioning birth control in the same breath as Latinos was an oxymoron but today’s reality underscores how outdated stereotyping is the for the Latino demographic.

Yet, the respondents didn’t stop there. Again, the majority wanted lessons on these same issues to start earlier — in middle school.

While 87 percent believed parents should do more to make sure their daughters don’t get pregnant, there was also a strong belief that it had to be a community-wide responsibility with:

However, the bottom line is that the teens have to seek the help or tell the adults in their lives what’s going on. Once they do that, then the resources that are out there can be tapped.

“Twenty-three percent of the nearly three million patients a year who rely on Planned Parenthood for birth control, cancer screenings, and other preventive care are Latino, and 32% of our sex education participants are Latino,” said Cecile Richards, CEO of Planned Parenthood Federation of America. “We take seriously our shared responsibility and are proud to partner with Latino families and community leaders to help prevent teen pregnancy.”

Another reason respondents believed more Latina teens get pregnant is because they have less access to healthcare where they can get birth control.

Unfortunately, unless immigration reform is passed and there is a provision that allows healthcare for undocumented immigrants, there may be some teens barred from receiving a basic service that is now roundly recognized to be less of a violation of traditional values and a necessity in today’s society.