LatinaLista — Ever since Michelle Bachman left the GOP presidential field, the remaining candidates have reflected a sad reality in U.S. politics — men are overwhelmingly in the majority, white males at that. 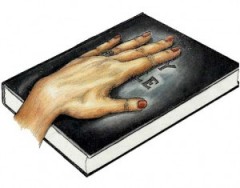 So, when women do decide to jump into the political pool, regardless of political party, it’s a decision that needs to be celebrated by all women. So far, it looks like there will be no women included this time around in the final four for the 2012 run for the White House but there are women running on the state and local levels.

The Center for American Women & Politics at Rutgers University has launched the 2012 Women’s Election Tracker, as part of The 2012 Project, to help all of us stay informed of who the rising women stars are of politics today.

A click on the online map reveals on a state-by-state basis:

And perhaps most importantly — Filing deadlines and primary dates.

Previous Post AZ GOP debate highlights the Latino vote, immigration reform and (lack) of Latino/a pundits
Next PostArt in video: A salsa performance with a touch of Disney-esque

AZ GOP debate highlights the Latino vote, immigration reform and (lack) of Latino/a pundits
Comment
Art in video: A salsa performance with a touch of Disney-esque