LatinaLista — The stresses of a bad economy always take a toll on people, especially the poorest. Latinos are not exempt from this reality. The results of one recent study destroys the fairytale myth that all Latinos share in honoring, respecting and taking care of our elders. 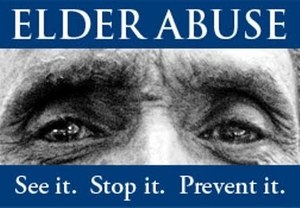 According to a new study, by researchers from the University of Southern California Davis School of Gerontology, elder abuse among low-income Latinos is higher than previously thought. The most common forms of abuse were found to be physical or sexual abuse, psychological abuse, financial exploitation and caregiver neglect.

The only finding of the study that falls within the usual stereotypical expectations of Latinos is that hardly anyone talks about it.

More than 40 percent of Latino elders told Spanish-speaking interviewers that they had been abused or neglected in the last year — yet only 1.5 percent of victims said they had ever reported the abuse to authorities.

The researchers found those elderly Latinos who had been in the United States longer were more likely to be abused or neglected — a negative consequence of so-called American assimilation or a telling hint that the very family values for which Latinos have long been admired for are disappearing?

Clearly, money plays an important role in today’s families. With prices rising everywhere, it takes more money to buy less food, less services and pay for increasingly expensive rents. Add the pressures of caring for the special needs of abuela or abuelo and what once was considered not such a big deal is looked at as a burden.

The researchers found that the best way to combat this growing problem among the low-income was to make sure services, that were not readily available in these areas, were set up for people to know where to turn to for help and advice.

Yet, the best way to solve this dilemma is to convince Latino elders to speak out about their abuse so they can learn that they are their own best advocates for a safe life.