LatinaLista — For many Latinos and African Americans, attending church is as an important part of their childhoods as drinking milk. It’s where the first lessons of sin were learned, as well as, the understanding that “Jesus loves the little children, all the children of the world.” 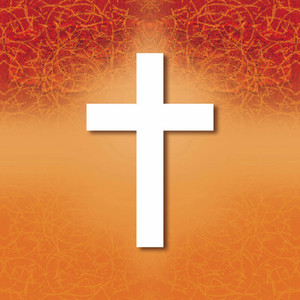 So, it’s not surprising that a new study would find that Latino and Black lesbian, gay and bisexual (LGB) men and women were more religious than their White counterparts. And, unfortunately, it’s not surprising to learn that of all the racial/ethnic groups, Latino LGB hold the distinction of beating themselves up more for being the way God made them and not how the Church would like them to be.

The study, Religious Affiliation, Internalized Homophobia, and Mental Health in Lesbians, Gay Men, and Bisexuals found that Latino and Black LGB continue the practice of attending church far more than White LGB. For LGB of color, usually it’s the churches they grew up in, which are classified as ‘non-affirming’ settings.

In other words, it’s like “Don’t ask. Don’t tell.” Sexuality isn’t discussed nor volunteered at these services. Rather, the emphasis is on hearing the “Word of God.”

However, among Latino LGB, it’s silently understood that being anything other than heterosexual is not only frowned upon in Catholic teachings — assuming the subjects of the study were Catholic — but it’s considered a sin against God. Carrying such a ‘sin’ isn’t just a one-on-one guilt trip between the person and God but also with the familia.

“A majority of religious LGB people attend services in settings that do not affirm their sexuality and sexual identity,” said David M. Barnes, co-author of the report and a doctoral candidate at Columbia University. “This is further evidence that clinicians working with LGBs need to understand their patients’ religious backgrounds and current religious attendance.”

Given the traditionally strong emphasis on religion in Latino households, it’s logical that Latinos LGB would feel more guilty about not being heterosexual — it’s called internalized homophobia. However, this self-condemnation may be lessening as the greater Latino community becomes more accepting of same-sex marriage and are affirming their new perspective with their votes.