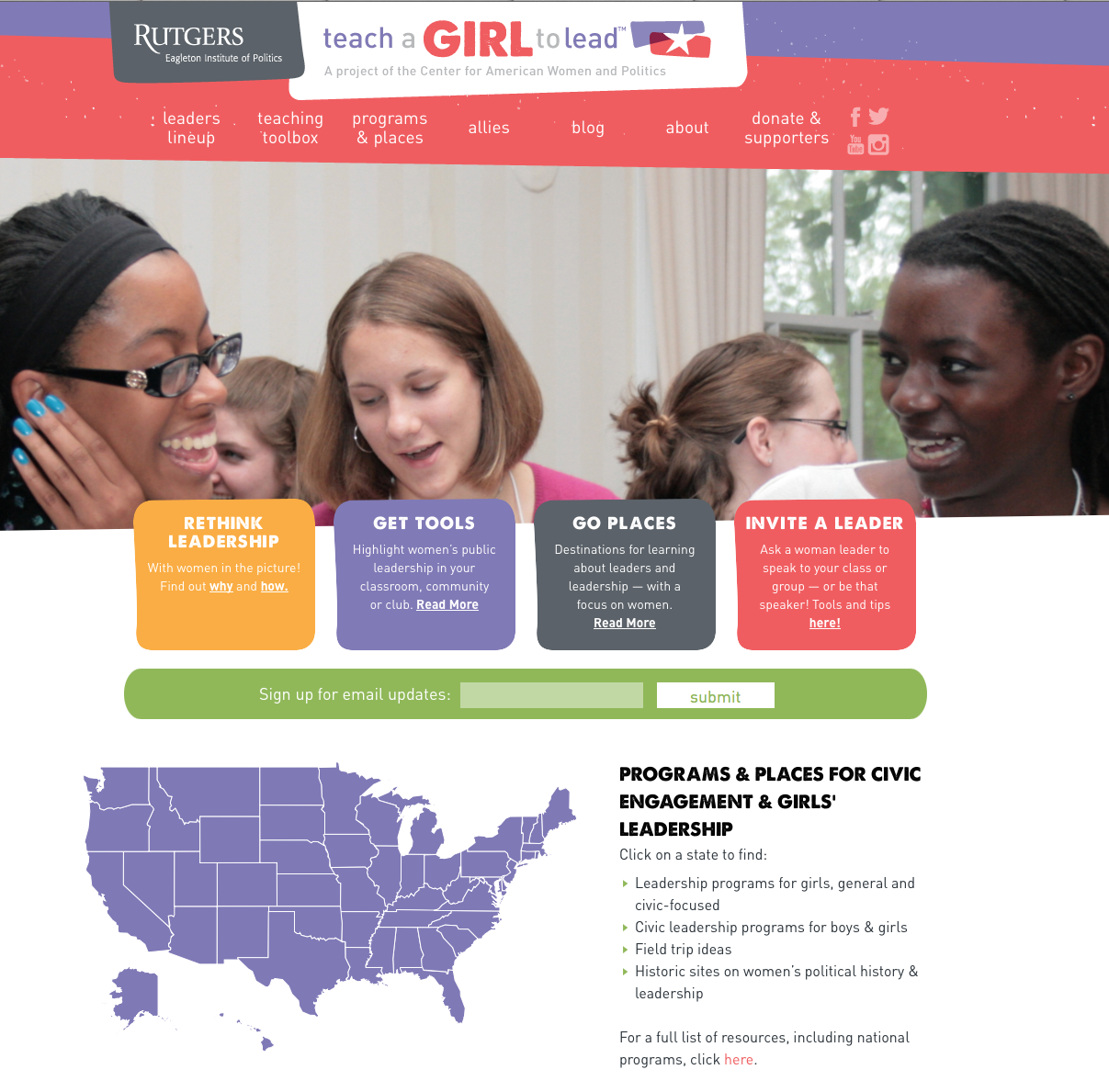 LatinaLista — Over the last decade, female politicians have slowly risen in number. In cities over 30,000 people, the Center for American Women and Politics at Rutgers University, which tracks female political participation, counts 249 women mayors (among 1,351 mayors overall). Seventy-two women hold statewide executive office and there are 99 women serving in the 113th U.S. Congress. Broken down by race and it’s seen that only 4.5 percent of the 535 members of Congress are women of color.

Though women have made great strides and are visible on campaign circuits, the actual number of women who get elected to office is low when known that women outnumber men in the country — 161 million to 156 million, respectively.

But progress marches on, however slowly, and with women like Hillary Clinton in the spotlight, inspiring more girls to think of a future in politics, it’s natural that these low numbers will increase over time.

To help get more girls thinking about public service careers, the Center for American Women and Politics launched a new website called Teach a Girl to Lead.

The mission of the site is to get girls to see themselves as public leaders. The site offers leadership resources, lesson plans on how to be more civically engaged, games and activities and links to girl leadership programs across the country. There’s also a directory of women speakers who can be tapped to come and explain to girls how they got started in public service and what it takes to achieve this worthy goal.

Having more women in public office serves our democratic ideals of fairness – and, equally important, women officeholders change both the way government works and the policies it formulates . Our democracy will be stronger if we inspire a new generation of girls and young women to start down the path toward public leadership and educate all our young people about the important role of women in our government .