“Pioneers of the Farm Labor Movement” newest inductees in Dept. of Labor Hall of Fame

LatinaLista — The U.S. Department of Labor (DOL) in Washington DC has a very special hall known as the Labor Hall of Honor. Created in 1988 and located inside the Dept. of Labor’s Frances Perkins Building, the hall highlights the stories of courageous individuals and groups who have championed the fight for better working conditions, wages and a better quality of life for everyone. 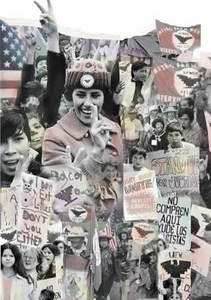 Past inductees have included Harley-Davidson (yes, the founders of the iconic motorcycle brand); Milton Hershey (you got it, Hershey’s chocolates); Mother Jones (crusader for better conditions for miners — not an editor of the magazine that bears her name); Helen Keller; Cesar Chavez and the 911 Responders.

Every year, a new name or group is added to the distinguished roster. Today, a new inductee was announced — The Pioneers of the Farm Worker Movement.

Though Cesar Chavez was inducted in 1998, the judges must have felt the farm worker movement is much bigger than a single individual can represent.

A spokesperson for the DOL tells Latina Lista by email that while no individuals representing the farm worker movement was inducted, the U.S. Dept. of Labor’s auditorium was officially named the Cesar E. Chavez Memorial Auditorium.

However, the scope of the farm worker movement was remembered at the induction ceremony n Secretary of Labor Hilda Solis’ remarks:

The earliest pioneers of the farm worker movement were African-American. In the late 1900s, the Colored Farmers Alliance worked bravely to change the relationship between those who owned the land — and those who tilled the soil. They organized more than one million African-American farmers across the South. They endured imprisonment and mob violence in Arkansas. But they endured.

And in the 1930s, the Southern Tenants Farmers Union organized 30,000 members, and their union became an integral part of the CIO. Their determination paved the way for generations of pioneers to follow them.

But it wasn’t only Latino leaders who came out of La Causa. So many leaders in the labor movement, in the civil rights movement and the progressive movement got their start by in campaigns for farm worker justice.

Today, we recognize the Filipino Americans who started the Delano grape strike. Community and faith leaders joined forces with UFW, and they rallied millions of Americans to boycott the grape industry because of wage and safety violations. Little boys and little girls were taught to pick the grapes out of their fruit cocktails. In so many communities, children learned at a young age about injustice and their responsibility to fight back.

While not many may be able to visit the Dept. of Labor’s Hall of Fame, there’s no excuse these days that we can’t still learn about all the inductees and read how their leadership changed the course of labor laws in this country. It’s as easy as clicking a mouse and visiting the Hall of Fame online.

All 23 inductees are listed with a link to their photo and mini biography — just like that of the newest inductee(s).

The Pioneers of the Farm Worker Movement
“¡Sí, se puede!”

The farm worker movement took the very best of other social justice movements — including lessons from Gandhi and Martin Luther King, Jr., effective civil disobedience and other peaceful tactics — and married them with modern strategies that involved consumers, students and effecting change by working within existing institutions. The movement drew upon and energized celebrities, politicians, the faith community, and other thinkers and doers. It wasn’t just about one single person. It was thousands of ordinary people inspired to act with extraordinary courage. As a result, they successfully got their message into the public conscience across our country and around our world. Local, national and international efforts have used their methods as a valuable model for change ever since.