AARP reaches out to Latino seniors in new campaign

LatinaLista — AARP. It used to be known as the American Association of Retired Persons but now it’s much more hip and only referred to by its letters.
The acronym is instantly recognizable as probably one of the first social networking organizations before the dawn of Facebook, MySpace or even the Internet. It is also synonymous with “older” people.

Univision talk show host Cristina Saralegui.
But with the older years becoming the “new 40,” age is more and more just a state of mind. That being said, it doesn’t erase the fact that though people nowadays may not be defined by their chronological age, they can date themselves by which TV shows and celebrities they watch.
Yet, one celebrity who has an equal appeal among both young and old Latinos is Univision’s Cristina Saralegui. The popular talk show host is still going strong on Univision and now will do the same for AARP.
AARP has partnered with Cristina in a bilingual initiative to educate older Latinos about the benefits of joining the organization. The campaign is called “Amigos! Live with Cristina Sarlegui” where Cristina promotes, in either Spanish or English, promotes the variety of benefits of belonging to the national organization, such as “access to discounts on healthcare, insurance and legal services. Membership also includes a subscription to both AARP Magazine and Segunda Juventud, a bilingual magazine catering to the Latino community.”

Since Cristina’s show is so popular among Latinos, there’s even an interactive game that people can play and “virtually” have a friend’s name mentioned by Cristina.
With a Latin musical beat as background music, the site is determined to make Latino visitors feel at home.

AARP, Cristina Saralegui, Univision
Previous Post Appreciating ART through the (p)ages of history and culture
Next PostObama's "Oportunidad" for college scholarships should include Dream Act students 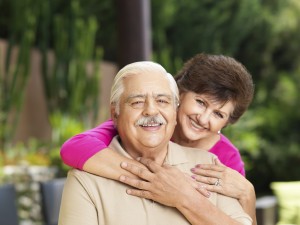