Latina Lista: News from the Latinx perspective > Life Issues > Statistical portrait of Latinos shows a demographic on the rise but facing challenges that threaten progress

LatinaLista — In the days moving forward on immigration reform, the number ’11 million’ will figure prominently. It’s the number of estimated undocumented immigrants, majority of whom are Latino. Yet, the undocumented are only a small portion of the overall 51.9 million Latinos in the United States. 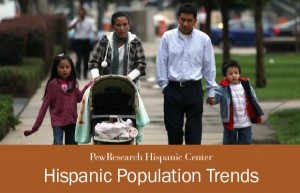 None of the statistics are new but compiled into one report, they underscore a simmering crisis that exists in the Latino community.

In the next few months, in addition to immigration reform, Congress will be addressing the federal budget too. They will be deciding which programs to slash. With these statistics in mind, it’s clear that any reductions in the budget shouldn’t aggravate an already bad situation and one in which a bad outcome will be felt far beyond Latino communities.

Some of the Pew’s findings, culled from the U.S. Census Bureau’s 2011 American Community Survey include: