Latina Lista: News from the Latinx perspective > Life Issues > Environment > The future of the environment depends on what Obama does in the next four years

On November 6, America reelected Barack Obama as the president of the United State of America. With a mixed review of his first term and four more years at the helm, there is much speculation about what Obama’s presidency means for the environment. 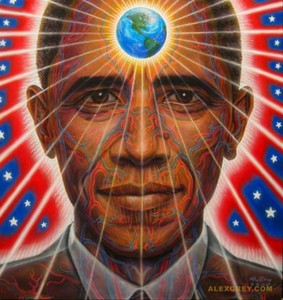 Industry interests predict that with no reelection to worry about, the Obama administration will open the floodgates to regulation, meanwhile environmentalist fear that Obama will in fact cave to industry demands. This anxiety is in-part due to the potential restructuring of the federal agencies, complete with the appointment of new agency heads. It is also attributable to President Obama’s waffling on initial commitments to address major environmental issues like climate change.

The administration’s agency heads, particularly departments addressing energy and the environment, have experienced a rocky four years. At this time, it is unclear whether EPA Administrator Lisa Jackson will leave the Obama administration.

Administrator Jackson has taken a lot of heat from both industry interests and environmentalist in regulating everything from greenhouse gas emissions to pesticides. Attorney General Eric Holder is also weighing his options.

During his four-year term, the embattled AG has dealt with prosecution of the BP oil spill, America’s largest ecological disaster, while weathering the Fast and Furious, a PR nightmare and infamous gun trafficking operation gone wrong.

Meanwhile, Ken Salazar Secretary of the Department of the Interior, the agency responsible for managing our nation’s natural resources, is said to be considering opportunities in the private sector.

Regardless of how the agency shuffles shake out, it will likely take a motivated and loud American public to get the Obama administration moving in the right direction on our nation’s most pressing environmental issues. At the top of that list is climate change, the single greatest environmental and economic issue this country faces.

Climate change is impacting virtually every sector and industry in America. It has and will continue to create or exacerbate crises around the world, from water scarcity to food security, not to mention the mega-storms we’ve recently witnessed.

The frequency and intensity of these problems affect us in multiple ways, including straining our military and non-profit organizations. Accelerating sea level rise could leave sections of the east coast of the United States underwater by the end of this century.

Meanwhile, ocean acidification threatens the job security of thousands of Americans, with the potential to inflict billions of dollars of damage to the fishing industry. Climate change is also inextricably linked with the ongoing mass species extinction.

The evidence is clear – we need to immediately and significantly reduce our fossil fuel use and greenhouse gas emissions. President Obama must be a leader for this effort. He must instruct the EPA to set aggressive targets for emissions reductions across multiple sectors.

He should continue to advocate for domestic investments in renewable and clean energy solutions. The United States must be a global leader in reducing green house gas emissions for the world to have a chance at surviving climate change.

That begins with American’s telling President Obama that this is what we want and by making changes in our own lives to reduce our personal contributions to this global problem.