LatinaLista — The day of reckoning arrived today for the 1.5 million women who were included in a class action lawsuit suing Wal-Mart over sex discrimination charges regarding equal pay and job promotions. 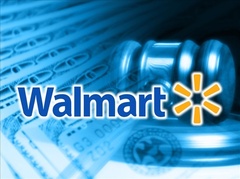 The Supreme Court rendered a decision that determined national class claims against Wal-Mart could not go forward but individual claims of sex discrimination could still be pursued.

Arcelia Hurtado, executive director of Equal Rights Advocates, a national, nonprofit civil rights organization dedicated to protecting and expanding economic and educational access and opportunities for women and girls, spoke out about the Supreme Court decision:

“Equal treatment in the workplace is a civil rights issue. As with any other civil rights struggle, history has taught us that progress is not always linear; today we may have taken one step back in the court system, but we are confident that we have taken several steps forward in raising awareness about pay inequity and in galvanizing a generation of women who are standing up and saying, ‘Enough is enough! Pay us what we are worth!’

“The fight for justice will continue. Regardless of the hurdles the Court has placed before us today, the struggle for equal pay and promotions will continue at Wal-Mart. ERA is fearless and we will not back down until we all get equal. ERA has led the fight for women’s equality since 1974 and we will continue to stand behind the courageous women of Wal-Mart. We thank our many supporters who join us in our fight.

Arcelia Hurtado had worked for 12 years as a public defender before becoming executive director of ERA in 2009. Levi Strauss Foundation named Hurtado a “Pioneer in Justice” for being a next-generation leader “poised to shape the next wave of social justice work.”

In a Q&A with Latina Lista — before the Supreme Court rendered their decision on the class action lawsuit against Wal-Mart — Hurtado shared her journey of growing up along the Texas-Mexico border to immigrant parents and ending up leading one of the premier organizations fighting for the equal rights of women.

Q. What is your background?

I was born in Mexico but raised in McAllen, Texas by Mexican immigrant parents. My first language was Spanish. I attended one of the worst school districts in the country yet I was able to achieve academically due to a combination of parental support, a family that placed great value in education and older siblings who helped me succeed in school.

I also had some great teachers that I remember to this day. I went on to graduate from UC Berkeley with a degree in Chicano Studies and Political Science. Then I went to law school at UC Berkeley, Boalt Hall, with the goal of becoming a public defender in order to represent indigent folks who would not otherwise be able to afford a lawyer when threatened with a denial of their liberty.

I was a public defender for 12 years and litigated more than a dozen jury trials. I handled cases in adult and in juvenile court. I was also an appellate lawyer working primarily with women on death row in California. I joined ERA as Executive Director in September of 2009.

Q. What is Equal Rights Advocates all about?

ERA has been at the forefront of the fight for women’s equality for 37 years. We advocate for the most marginalized women in this country throughout a lifelong continuum beginning in schools where young women and girls may seek equal athletic opportunities or a safe school environment that is free of harassment and violence.

It continues as they enter the workforce and experience unequal treatment or discrimination and lasts as they seek to reconcile work and family responsibilities as older women.

Q. How can people get involved and take action?

Volunteer at a local non-profit organization. I did that in college and it really provided an education to the realities people face in our society, particularly people who are marginalized due to race, class, gender, immigration status, sexual orientation, etc.

Keep your eyes open and learn from real people in real settings. These types of volunteer experiences are what will shape your passion for your future work and give your life direction.

Also READ, READ, READ. And by this I mean books, newspapers, etc. Read anything and everything that will help you understand politics, history, other people’s struggles in other parts of the world. Educate yourself. Don’t expect school to teach you everything.

Keep your eyes and ears open to everything going on around you and always ask yourself “Why?”

Keep your eyes on the prize. There are so many distractions for young kids in school. For girls, there are barriers to achievement and even to their personal safety. Keep your goals in mind, reach for the stars and keep people near you who can help you achieve your goals.

Your family, your friends, your teachers and yourself are your best allies. And always, always give back to your community as much as you have received. It’s not only good karma, it will bring you more success in the long run. I am a testament to the truth of that.

Believe in something bigger than yourself.

Previous Post Just how long can Sen. McCain hold a grudge against Latinos?
Next PostRights Groups Say Proposed Tweaks to Secure Communities Program Are Too Little Too Late

Just how long can Sen. McCain hold a grudge against Latinos?
Comment
Rights Groups Say Proposed Tweaks to Secure Communities Program Are Too Little Too Late