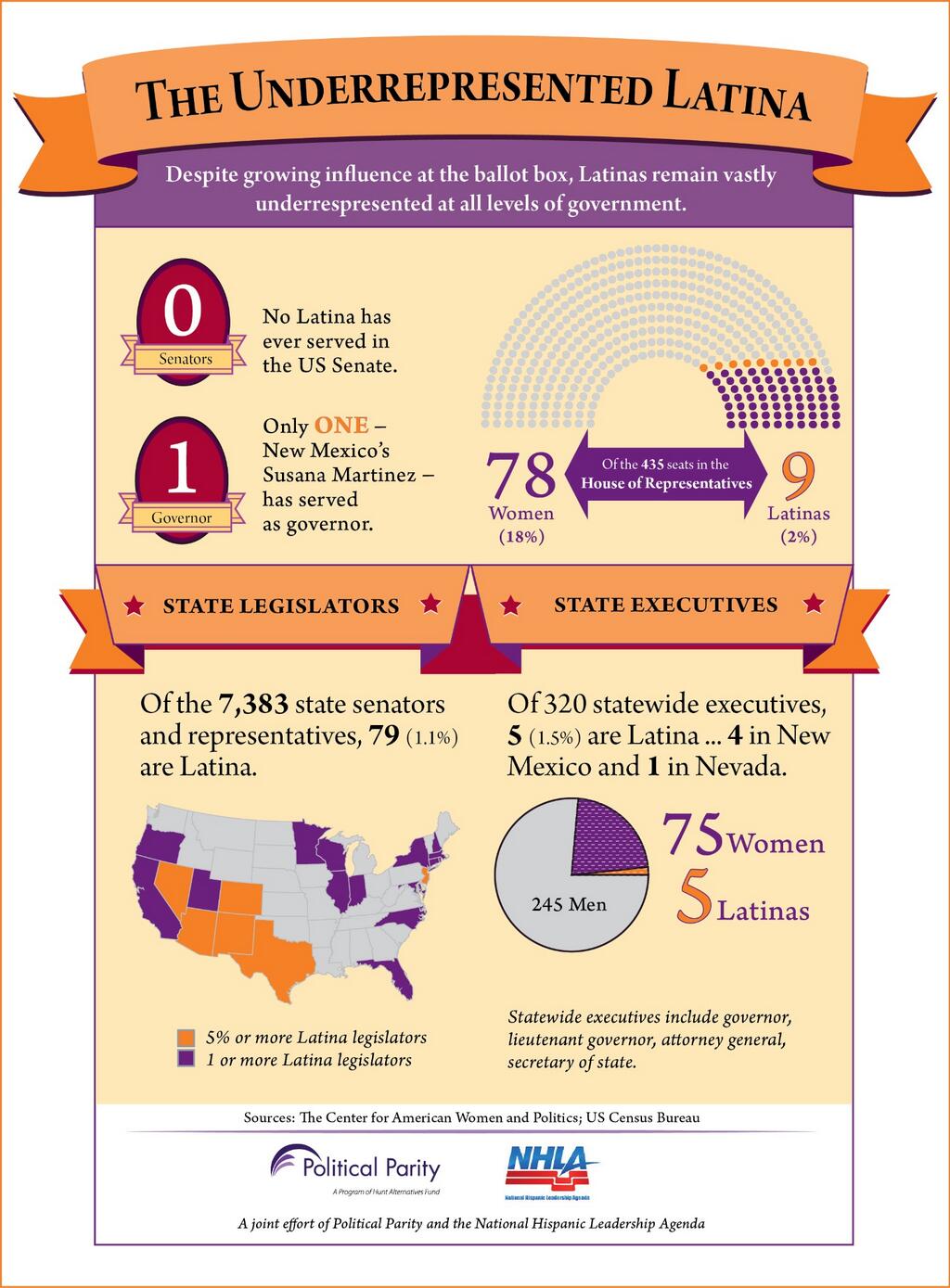 LatinaLista — Latinas stand at 25 million strong in the nation. By 2050, it’s estimated that Latinas will comprise 15 percent of the total population — a sizable portion who, unless things change at the ballot box, will remain as one of the largest groups underrepresented among elected leaders.

Currently, Latinas have made very small gains in state and national political offices.

Efforts to impact the status quo have been created in the past — PoderPac, Hispanas Organized for Political Equality, TPP-ACE — but with 25 million and growing, there’s a need for more such organizations to help Latinas realize the ultimate American Dream.

Launched today in Denver, the organization released a report detailing the dismal representation of Latinas in political office and why there are so few.

Through interviews, surveys, data analysis and focus groups, the organization discovered that a combination of reasons discourage Latinas from running for office — all which the organization says can be overcome and need to be if the nation’s political system will ever reflect the true demography of the country.