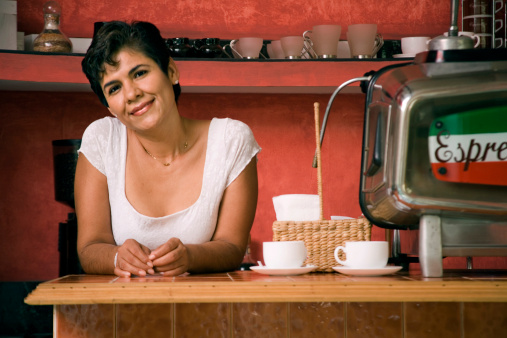 LatinaLista — A new analysis from the Center for American Progress showcases the entrepreneurial spirit among women of color. According to the report, “How Women of Color Are Driving Entrepreneurship”, women of color are the “driving force behind business growth” in the nation.

The report shows that 61 percent of women of color dream of being their own boss but only because they have reached a ceiling in their professional careers where if they don’t create opportunities for themselves, no one will.

The increase in women of color pursuing business-creation is not surprising given the country’s demographic shift which will see women of color become the majority among females by 2045, with Latinas leading that population growth. But it is surprising that while women of color are spearheading this national growth in businesses, they still are subjected to far more challenges to making it a success than their white female peers.

The report reveals that when looking for funding to start their businesses, women of color often partially fund their new businesses using their own money despite having less personal wealth than white women or men. In fact, single Latinas and African American women with children are said to have zero median wealth.

The lack of startup capital any woman has in starting her own business forces her to look for outside funding from traditional sources — banks. Whether it’s personal or commercial bank loans or a Small Business Administration loan, women of color report being given a harder time in getting a loan to start their business.

If those hurdles weren’t enough to dampen enthusiasm for entrepreneurialism, the report highlights how Latinas and African American women can look forward to low profits depending on their business choices.

However, the reason for the disparity is easy to see:

For example, professional, scientific, and technical services are top industries for white- and Asian American-owned firms. The top industry for African American women- and Latina women-owned firms is health care and social assistance, one of the lowest-grossing industries among women-owned firms in terms of average receipts—$74,957—compared with professional, scientific, and technical services, which have average receipts totaling $97,645.

Though the report heralds the entrepreneurial drive of women of color, it also casts a harsh light on the institutionalized discrimination financial institutions implement towards minorities applying for loans; the lack of support corporations have in place for minority employees, especially women of color, and the lack of Latina, African American, Native American and Pacific Islander women in fields such as science, technology, engineering, medical and professional careers that would not only enhance the kinds of businesses created by these specific groups of women of color but enable them to create more profit, and in turn, create more high-paying jobs in their communities.

Today's Crowdfunding Campaign: Right Down To The Bones: Inside A Medellí­n Slum
Comment
Video: Latina author searches for the root of "Hispanic" vs "Latino" identity