Latina Lista: News from the Latinx perspective > Life Issues > Women > The emotional toll of being undocumented

The emotional toll of being undocumented 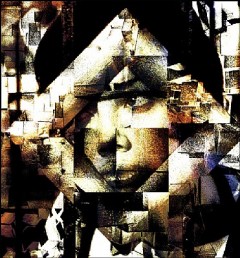 Maria has been diagnosed with schizophrenia and depression. She has been hospitalized four times as a result of suicide attempts and post-partum depression. She is currently receiving treatment for herself and previously sought help for her family to deal with the upheavals of her illness.

Esmeralda was recently diagnosed with lupus and she is also facing a serious bout of depression. Her inability to find work is affecting her sense of self worth and while she is medically addressing the physical effects of lupus, she feels resources to help her with her mental health issues are difficult to find.

“When I started to get sick, the depression came from not being able to dance because my feet hurt too much,” she said. “You learn to live with that, but it’s not fair that because you don’t have papers, you live with depression.”

Their last names have been withheld to protect them and their families from discrimination and legal complications they may face as a result of revealing their status and illness.

Maria’s schizophrenia creates a debilitating fear of people that she contends with daily and which has been worsened by fears over her immigration status. Her fears initially kept her from seeking treatment earlier.

“When I got here, I didn’t look for help from anyone for anything, not even for my daughters. People would say that immigration was coming, that they were going to take me,” she said.

She reports having felt intense anxiety at the thought of leaving her children alone after an immigration raid at the bakery where she worked in the early 1990’s. Her shift had just ended and she was not arrested, but she said the terror she felt has never left her.

After the raid, Maria said she would regularly cry before going to work. Her worries over what would happen to her children if she were taken away kept her from sleeping and caused her to have nightmares about immigration.

Maria’s first depression symptoms started in Mexico, where she said the stigma against mental illness meant that her actions were seen as stemming from a character flaw rather than as symptoms of a disorder. She came to the United States in 1989 thinking that it would help her escape depression, but instead, it got worse.

Isolated from the family she left in Mexico, including a 3-year-old son she saw as her reason for fighting her illness, she said she began to create “things that weren’t there.”

Although Maria was briefly hospitalized for post-partum depression, it wasn’t until her daughters started having problems of their own that she seriously began to get treatment.

While Maria presented with symptoms of schizophrenia before her arrival from Mexico, Esmeralda believes her symptoms only developed over the course of her 14 years in the United States.

This is not uncommon according to the National Alliance on Mental Illness, (NAMI). The organization stated there “are higher rates of mental illness among U.S. born and long-term residents than in newly arrived Latino immigrants.”

“Mental illness, if it goes untreated, doesn’t get better by itself,” said Dr. Nayeli Chavez of the Chicago School of Professional Psychology, home of the Center for Latino Mental Health.

It can lead to further impairment and have a negative impact on the family. “When Latina women are not well, the family is not well,” Dr. Chavez said.

The fear undocumented women live with also affects their children, Dr. Chavez said. She said that in her work with the children of undocumented parents, she sees many kids who live in constant fear that “even though they were born in this country and they are U.S. citizens…their parents may be deported.”

Esmeralda left Mexico with her daughter after divorcing an abusive husband and came to the United States looking to make progress in her life. After getting her G.E.D. and successfully working in sales for a few years, she said she is at a point in her life where she has the skills and experience to get a good job, but is unable to because of her immigration status.

“It’s frustrating, that moment when you say to yourself, ‘Why do they treat me as less because of a paper? I’ve already overcome so many things. I’ve worked so hard. I’m a single mother, I take care of my own costs,” she said.

Esmeralda’s daughter is also undocumented and telling her about her immigration status has been another hardship. Esmeralda said she is determined to make sure that her daughter will have a better future. She said that although she may face injustice and be discriminated against, she doesn’t want to give up.

Esmeralda said that many immigrants who come to the United States already bear the burden of leaving behind their family and way of life. She said she feels that the challenges they face, like discrimination of status or race, serve to make that burden heavier.

Still, she reports having felt angry and saddened by the most recent incident of racism she dealt with in the waiting room at her doctor’s office. She said a woman was screaming, that “because of so many Mexicans there, she couldn’t get in earlier.” It upset Esmeralda that although there were many different people in the waiting room, the woman was targeting Mexicans.

The Road to Recovery

Maria and Esmeralda say that a greater availability of mental health resources would help them better their situation, in addition to immigration reform.

Maria is taking regular medication and attending programs at Mujeres Latinas en Acción, which has helped her build a support network. “I’ve never been a burden, I’ve paid for my own insurance…If people like me could get help and be treated like human beings, everything would be so much easier,” she said.

Esmeralda said she plans to seek help for her depression, although she realizes it may be challenging because of financial reasons. Her advice to undocumented women facing mental illness is to remember that if “we’ve already left half our lives wherever we’re from, so that we can make progress in this country, we have to keep going…Know that you can do it. I know I can.”

This story was reported by Latina-Voices.com in partnership with Mujeres Latinas en Accion mujereslatinasenaccion.org. They received a Local Reporting Award from Community News Matters, a program of The Chicago Community Trust.