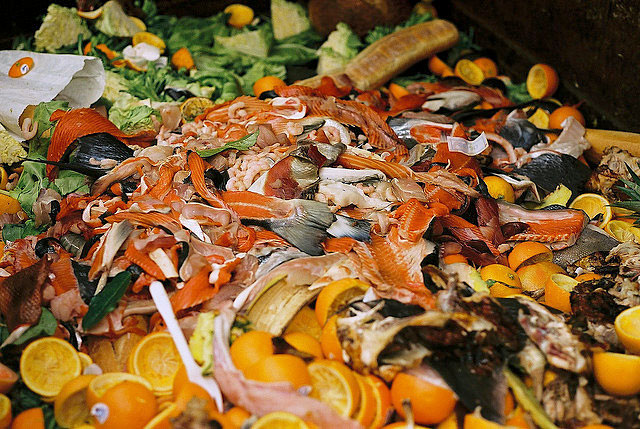 LatinaLista — This year’s theme for World Environment Day is ‘Think.Eat.Save – Reduce Your Foodprint.’ In a country that has ingrained in people to expect ‘super-size’ drinks and takeout meals, the concept of smaller portions riles anyone who equates value with quantity, rather than quality.

It’s a mindset that will be hard to undo but the World Resources Institute (WRI) and the United Nations Environment Program (UNEP) are setting ambitious goals to accomplish that much needed change in thinking. Because of bigger food portions, Americans are fatter, suffer more Type 2 diabetes and are wasting more food than they’r eating.

According to a new report, Reducing Food Loss and Waste:

Food waste, at the consumption stage, has always been considered a personal choice with little thought to what it really means when a child doesn’t eat the vegetables on their plate or a restaurant customer finds himself unable to finish his third plate of buffet choices. Yet, throwing away food means that somewhere someone who would appreciate a meal of any kind isn’t getting it. For a planet with a projected population of more than 3 billion people that type of waste can only lead to a crisis in food security for many parts of the world.

In the study The Environmental Food Crisis, researchers report:

The major impact, however, has been on already impoverished people – they became even poorer…

If there is one overriding message of World Environment Day, it’s that food waste is a global problem. In preparation for today, UNEP has been soliciting ideas from around the world on their Facebook page on how communities can save food. A few examples come from the following countries:

United States: To reduce portion sizes and therefore the amount of food thrown away each day in their cafeterias, some universities have discontinued the use of trays and introduced ‘pay by weight’ schemes and other incentives. One university found that after going ‘trayless’, it discarded almost 13 metric tons less food than in previous years, and conserved over 100,000 litres of water annually. Financial savings amounted to US$79,000 per year.

Nigeria: The ‘zeer’ evaporative cooler system, developed by a teacher in Nigeria, can preserve fruit and vegetables without refrigeration. The system costs less than US $2 and can hold up to 12kg of produce. Tomatoes and guavas, which would last around two days without storage, last up to 20 days in a zeer.

South America: The practice of chuño, which involves exposing potatoes to the freezing night air and hot daytime sun for five days, before trampling them to squeeze out any moisture, allows potatoes to last for several months, or even years.

In addition to soliciting ideas for how to save food, UNEP has hosted a variety of activities around the world, as well as, a blogging contest in which the winner was sent to Mongolia, site of World Environment Day, to blog about the event.

The winner, selected in April, is a 24-year-old physician from Nigeria named Charles Immanuel Akhimien. Akhimien’s winning blog entry sums up his personal perspective on the importance of ‘conscious consumption’ and the role of social media in disseminating information. But it’s his simple reason for focusing on environmental issues that should serve as a reminder as to why World Environment Day is important and is something that needs to be incorporated into everyone’s daily lives 365 days a year.

“As a doctor, I have found that the state of our environment is directly related to our personal health, so I have decided to champion environmental issues,” ~ Dr. Akhimien