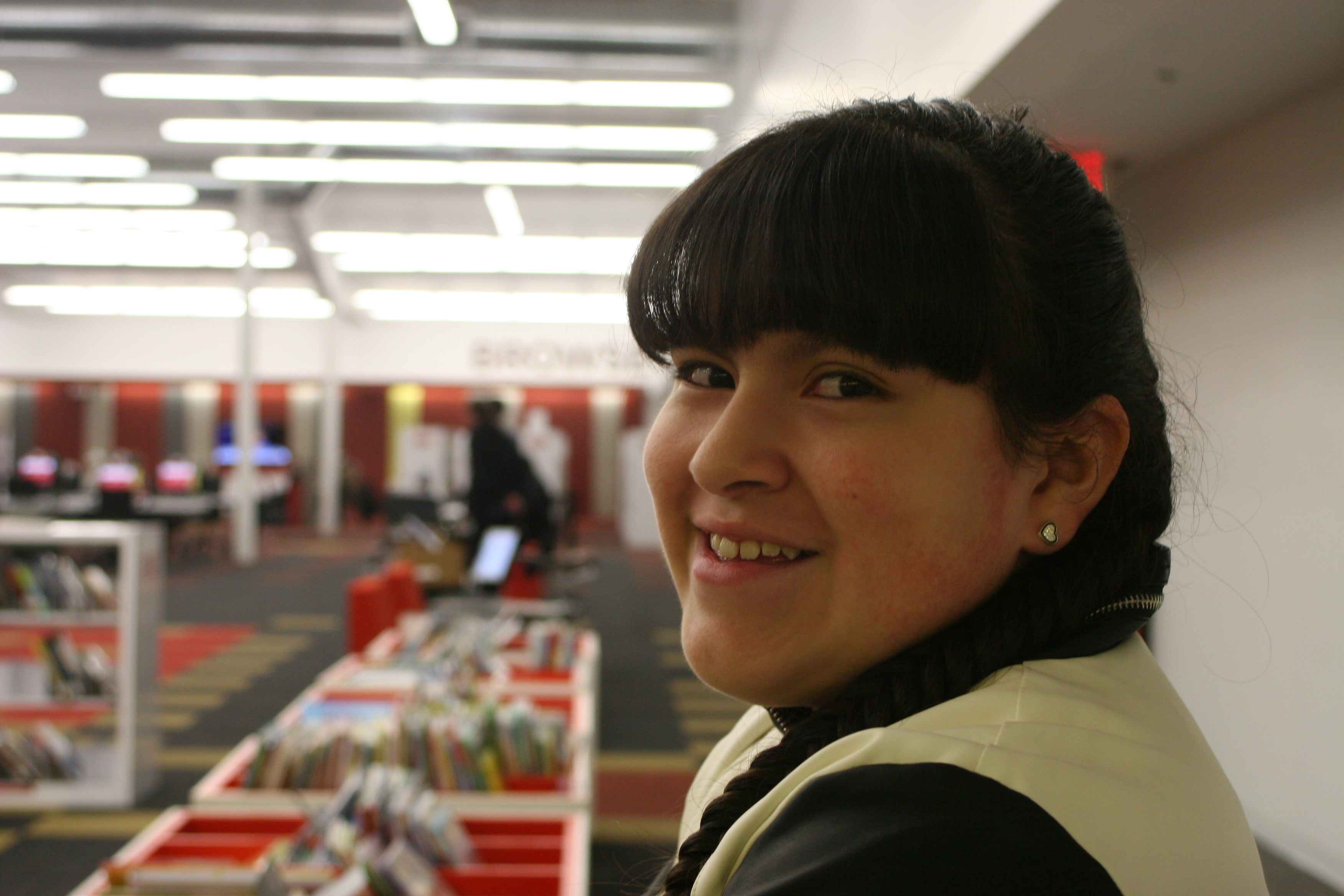 Maritza Soto, 10, cannot imagine life without queens, witches, dragons and elves. For the Tulsa, Oklahoma resident, they are more than just characters in random fairy tales. They are actors in Maritza’s own colorful fables that she brings to life every time she puts her imagination to work. It’s something that she’s been doing for most of her young life and what she credits as carrying her through some dark days after her parents got divorced when she was only four.

Though adults tend to be the ones writing children’s literature, Maritza took the dragon – she doesn’t like bulls – by the horns and published her first book, The Mystery of Fairy Tales, in October of this year.

“Dreams are part of reality. If you dream it, then you can see it, someday, somehow,” she said while signing a copy of her book during our interview. “I built a special place, a fairy tale. That is how I could get away from all the problems when my parents were getting divorced. I read and read. At the same time, I was thinking about all the wonderful things that could happen in a secret world of dragons and witches.”

Kind, confident, and already poised to be a significant voice in children’s literature, at a time when most of her peers spend their free time with video games rather than books, Maritza is a modern-day heroine championing letters and commas.

“Books are very special because they can take you anywhere,” she said. “And fairy tales are even better. They take you to magic places.”

While she may be a published author, Maritza hasn’t let the accomplishment go to her head or keep her from enjoying her favorite things and people: She’s a fan of The Hunger Games trilogy; loves to indulge in a plate of enchiladas, and looks up to her mother.

In fact, she dedicated her book to her mom.

“She is my role model, my inspiration. She has supported my dreams,” the young author said. “Things have not been easy, but my mom is always cheering me up. For me, writing was a way to take things out of my head and throw them into written words.”

Martiza is gratified by the warm reception her book has received. “It’s very nice to see adults getting my book,” and she added “but my goal is to make children think that they can do it. Just do not take no for a final answer. Why? You can write the story of your life”.

According to the young writer this is just the very beginning. “I am determined to piece together my dreams in a series of books”, she said with a bright smile.

Then we asked: What about a fairy tale with eñes?

“Maybe.” Then she answered quickly…”Dreams are also in Spanish.”

She says ¡adiós! with her personal motto: “Anyone can say that you won’t be able to do it. The truth is that you can do it.”

The Mystery of Fairy Tales can be purchased via online at Amazon.com