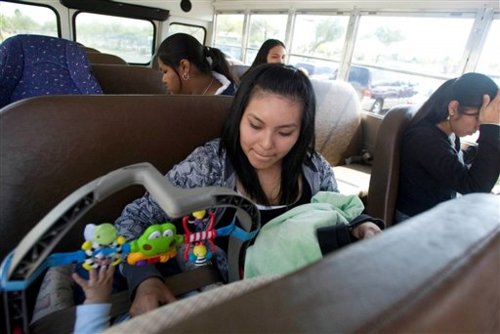 LatinaLista — The Center for Disease Control’s latest report on teen pregnancy rates in the United States has the usual good news and bad news.

The good news is that the rate of teen births is continuing to decline — it’s at the lowest level ever recorded over the last 20 years. The bad news is the U.S. teen birth rate is still the highest among developed countries, with Latina teens leading the way into maternity wards.

In fact, younger teens, ages 15-17, are accounting for 25 percent of all teen births.

According to the report, educational, social and medical outcomes for teen moms are bad enough but for those who have a baby before the age of 18, it can be even worse.

The focus of the CDC report underscores preventive measures for childbearing at such early ages, while at the same time exposing how adults are failing these children who are having children.

The report finds that the two most effective ways to ensure more teens enjoy their teenage years without adult responsibilities are through medically accurate sex education and honest and frank communication with their parents and healthcare providers.

With both, teens receive the truth about the best ways to prevent an outcome that they are not ready for financially or emotionally — and gives them a few more years to worry only about their own future.