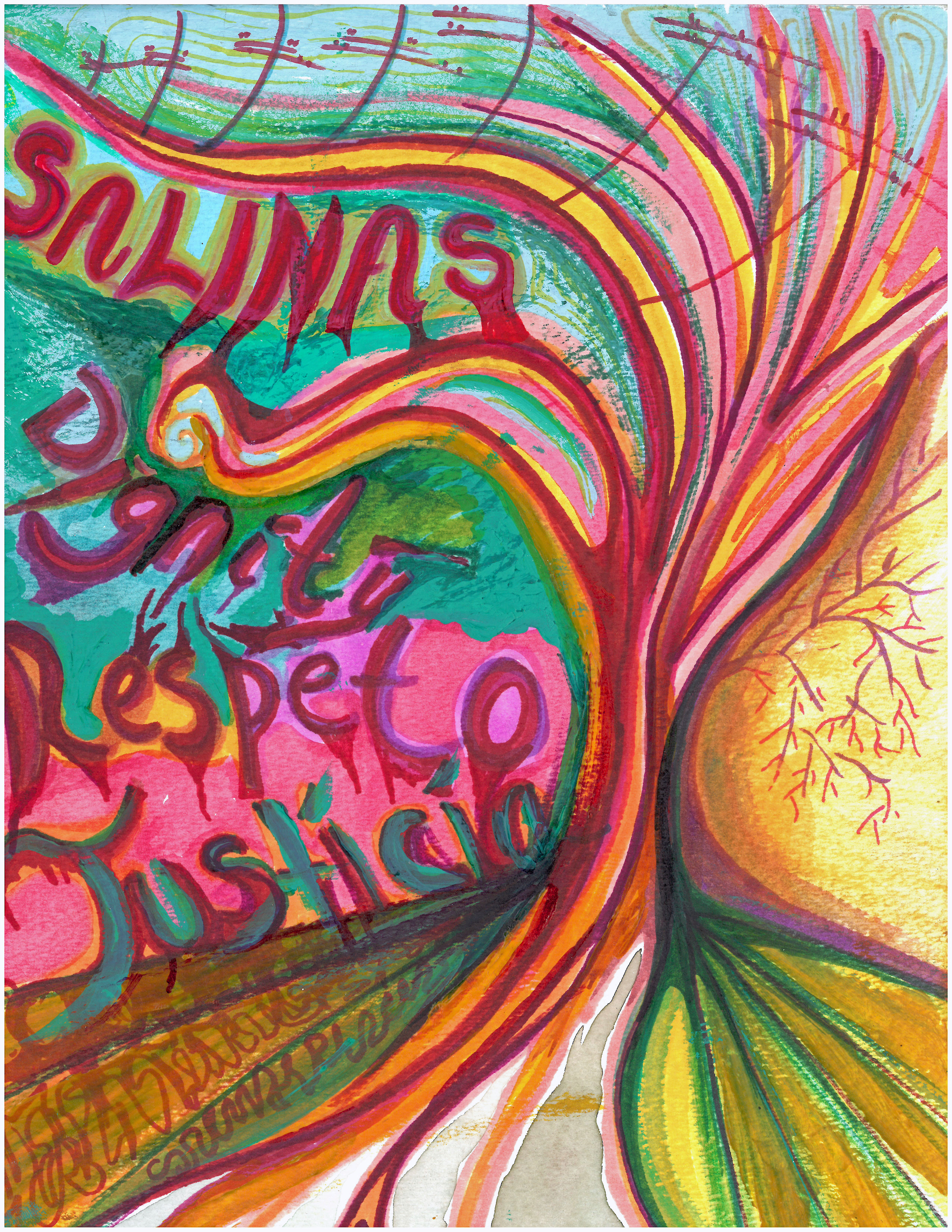 LatinaLista — It is estimated that as many as 500,000 children work harvesting and picking the nation’s crops in farm fields from Michigan to California. They and their families are the migrant farmers. Since children from the age of 12 can legally work for an unlimited number of hours outside of school in fields and orchards, they, along with their parents, are routinely exposed to pesticides and run the risk of developing musculoskeletal problems. They also have to brave the triple digit temperatures to do the hard labor of stooping, digging, cutting, pulling, carrying and picking the fruits and vegetables that feed the nation — plus do their homework.

It’s a family affair but one where the children have no choice or voice, but they still have sueños (dreams). It’s these dreams that the Association of Farmworker Opportunity Programs (AFOP) likes to recognize in their yearly Migrant and Seasonal Farmworker Children Essay and Art Contests.

The contest, open to children between the ages of 10-18, is a way for the children to safely express themselves and give people a window into their world.

This year, nearly 70 farmworker children submitted essays and artwork. Each work either described their lives or the dreams they have for themselves. Yet, judges found that most entries highlighted the unique hardships migrant farmworkers face in trying to earn a living at a noble profession, but which is too often a thankless job.

The winning submissions are online and plans are underway to compile them into a booklet to be distributed to members of Congress. The winners, in addition to receiving a cash prize to be used towards school needs, get to fly to San Diego to present their winning entries at AFOP’s 2014 National Conference, held between September 23-25, 2014.

…My family has been working in the fields for many generations; I as a fourth generation farm worker still continue this cycle. We travel from Texas, Michigan, Florida, North Carolina, and even Tennessee. A typical summer for our family is going to Michigan and starting to work right away. While most families are on summer vacations, we are working. We have no days off. “Our ordinary lifestyle” is what we call it. We must work the fields, because we know that’s the only source of income our family will get and we know the struggle it takes to support ourselves.

Falling behind in my studies is the main problem that I face every time I move from state to state to work in the fields. For example, during my freshmen year I attended four high schools. I was devastated when my counselor advised me that I was lacking credits and that I was going to be a 2nd year freshmen. Luckily my counselor arranged for me to attend summer school. I dedicated my summer to my studies and managed to gain two credits and catch up in school; though not going to work in the summer set me back financially. I usually struggle when I change schools, because all of my classes are all very advanced by the time I arrive in the middle of the school year. I get very stressed out about my grades dropping while continuing to work on the side. Not many individuals understand my lifestyle, but I must do what is needed in order to provide for my family…

Starting my life here was a bit difficult. Starting school in the middle of second grade and knowing nothing of the English language complicated things, such as when I had to do homework and to communicate with the teacher. I was fortunate enough to be put in a class with another Hispanic student that knew a bit of English. I was a bit frightened and frustrated because they could not get the idea that I did not speak English. Then, the other Hispanic student intervened and told them my situation. During the next couple of months I focused on learning English. A couple of months later, the student that was translating told me that he was moving. I went home that day and cried, telling my mom that I did not want to go back to school since nobody would be able to help me now. She told me that I needed to be strong and to keep progressing, that things would only get better. I listened to her and I kept on fighting. Another month later, a new student came to our school. He did not know English. He was in the same situation I had once been in when I had just gotten here. This time, it was my turn to help him. This is how I found out that I like helping and teaching people. I have decided that I want to become a Spanish teacher, an ESL instructor, or be in the migrant program. I have concentrated on learning English and thriving in school. It took me a year and a half to learn English in a way that I could communicate with other people and that those people understood me…