The video game industry is ever expanding and according to an article by The New York Times’ Nick Bolton, will reach $112 billion in consumer spending money by the year 2015. 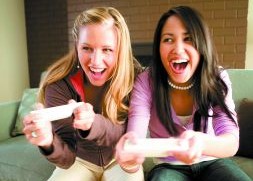 Blizzard’s World of Warcraft alone nets millions of dollars a month in pure profit. The game costs $15 per month for each of the 12 million users to play, on top of the original cost of the game software. As one can imagine, Blizzard is not wanting for cash. However, not all games are as popular or profitable as World of Warcraft.

With new games constantly emerging and different games trending every week, competition in the industry is tough. Action, adventure, logic — the list of genres goes on and on. There are so many online games to choose from, it seems every group, large or small, needs to be individually and specifically targeted.

Girls from Latinitas, a nonprofit media and technology club in Southwest Texas, were surveyed about their preferences on gaming. An overwhelming majority responded that they enjoyed playing games from Cool Math. In fact, math and puzzle games seemed to be a popular choice no matter the game’s source.

The girls are interested in games which help them grow as students. Gaming companies might want to consider creating more educational math and puzzle games if the plan is to reach a Latina youth audience.

According to Label Networks, in an industry that tends to favor males, young female Latinas are a “strong new marketplace for video gaming”.

The lack of research on this demographic and online gaming holds an opportunity for any company wanting to make money. The question, now, is who will be the first to seize the opportunity?

Jake Balsam is a graduate student at Texas State University. His major is mass communication with an emphasis on strategic communication.

Originally from Illinois, 22-year-old Ashley Vasquez is a freelance journalist in San Antonio and a graduate student at Texas State University. She enjoys traveling and is a member of Alpha Psi Lambda, a social and service-oriented Latino-based fraternity.