Most advertiser sweet spots fall in between the adult 18 to 49 demographic … yet among Hispanics, specifically; this demo is less culturally monolithic than ever. Major differences exist between adult Hispanic Millennials (18- to 29-year-olds) and Hispanics in their thirties. Although very close in age, these age groups are distinct from each other in ways that are essential for marketers and content developers to understand. 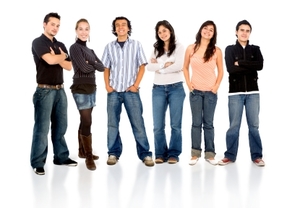 The main source of their differences is where they were born. The majority of today’s adult Hispanic Millennials – 59% — were born in the U.S. In contrast, 65% of Hispanics in their 30s are foreign-born. To this point, most Latinos have been immigrants. But with immigration at a near-standstill and U.S.-born Hispanics rapidly aging into young adulthood, the proportions are shifting.

Here are some of the ways adult Hispanic Millennials are different from thirty-something Hispanics, according to an analysis of Simmons data:

• Prefer English, but bilingual at home . Two-thirds of adult Hispanic Millennials prefer to speak only or mostly English in their everyday lives – but at home, 74% speak some combination of Spanish and English. Hispanics in their 30s prefer to speak more Spanish, and are more likely to live in Spanish-dominant households.

• Less than half as likely to be married. 77% of Hispanics 18 to 29 are not married, vs. 36% of those in their 30s. Hispanic Millennials with children are also less likely to have tied the knot – 51% are unmarried, compared with 28% of thirty-something parents.

• More open to trying new brands. Hispanic Millennials have more of a “brands with benefits” orientation to shopping – they’re discriminating, but not as loyal. They are less likely than thirty-somethings to decide what they want before going shopping, less likely to look for the brand name on the package, and more likely to change brands for the sake of variety and novelty.

• More likely to be gadget freaks. Compared with Latinos in their 30s, Hispanic Millennials are more likely to say they like to have a lot of gadgets, love to buy new gadgets and appliances, and like to be the first to have the latest technology. They also like to be seen as experts, being more likely to say people often ask them for advice before buying electronics.

In spite of these differences, one key similarity remains – Hispanic Millennials are not giving up their connection to Latino traditions and culture. They do keep up with American music, news and sports, but they also follow what’s going on in Latin America. They are more likely to say they enjoy eating traditional Hispanic foods than traditional American dishes. They are proud citizens of a multicultural world who enjoy sharing their heritage with Hispanic and non-Hispanic friends.

Strategies that have worked to reach young Hispanic adults in the past will no longer apply. Content that speaks to Hispanic Millennials’ complex cultural identity, delivered via a savvy combination of media, is the key to attracting the attention of this large and fast-growing demographic.

featured, latino, Millennials
Previous Post The future of Texas lies in its Latino youth
Next PostRodolfo F. Acuña: The purpose of Chicano Studies was "to liberate students through literacy"

Update: Release of dash-cam tape of unarmed TX immigrant shooting to be delayed

The future of Texas lies in its Latino youth
5 Comments
Rodolfo F. Acuña: The purpose of Chicano Studies was "to liberate students through literacy"