LatinaLista — Efforts are underway to impress upon Latino voters the importance of actually going to the polls to cast their votes. Yet, though the intent to vote is admirable, and what politicians and campaign workers are counting on, but ‘life’ too often gets in the way. 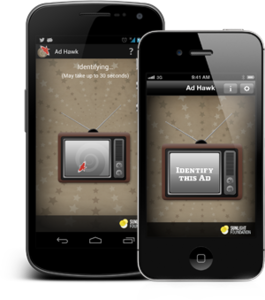 Life can be as simple as bad weather or not having a ride to the polls to not going to the right polling place or having the proper ID to show to be allowed to vote.

For that reason, various groups have created handy apps, text message services and web sites to make sure that no one has an excuse to not cast an informed vote November 6.

Polling Place Locator:
Text WHERE to 877877 to find out where to vote.

Verifies registration;
Looks up polling place;
Reviews key voting rules and regulations for each state;
Sees what type of machine is used to cast a ballot and
Provides a way to contact Election Protection via phone or email to report a problem or get answers to questions.

Who’s really paying for this advertisement?

The Ad Hawk app, from the Sunlight Foundation, is for both the Apple and Android devices. It identifies political ads as they air and immediately creates a short digital fingerprint to compare against the database of political ads in the system to let the user know who is really paying for the ads. Just activate the app, put it up near the audio and press “Identify this Ad.”

VoterHub: Described as a one-stop destination for all your voting information needs.

Election 2012 — free, exclusive, in-depth stories, headlines, videos, and compelling images from the campaign trail, local neighborhoods, and around the country. Updates are provided throughout the day and gives users the opportunity to get to know their local and national candidates, where they stand on the big issues, and to find unbiased coverage.

Election 2012, featured, mobile apps
Previous Post El Salvador, Guatemala and Honduras, the Northern Triangle, Whose Citizens are Caught in Crossfire
Next PostFinal debate underscores misstep of Commission on Presidential Debates to not include moderators of color

El Salvador, Guatemala and Honduras, the Northern Triangle, Whose Citizens are Caught in Crossfire
Comment
Final debate underscores misstep of Commission on Presidential Debates to not include moderators of color