LatinaLista — The field of social media just got more crowded with the debut of a new site that’s all about politics. 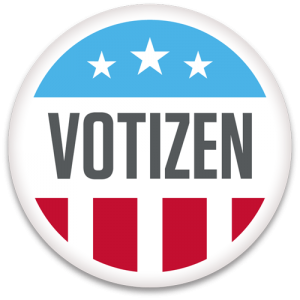 Votizen is a site that brings civic engagement to a whole new level by making grassroots campaigning for an issue or politician as easy as “connecting” with friends and followers via Facebook and Twitter. The overriding goal of the site is noble — make money less of an influencer in politics and give the power back to the people.

What average voter doesn’t want that?

The way Votizen works is people “register” on the site through either their Facebook or Twitter accounts. The site then asks them to do a series of things: Claim their voting record — by supplying their legal name and address, voting histories can be accessed from state data; Learn about issues and elections — upcoming elections, both state and national, are listed, along with, which politicians represent that votizen and how to contact those representatives; Finally, the site encourages people to join a campaign and start endorsing candidates. Then after endorsing a candidate, the networking really starts.

The developers of the site hope to make the digital platform a more direct way for the average voter to contact their representatives and help leverage old-fashioned constituency influence that doesn’t depend on money but how many people you can get talking about an issue or politician and then commit to vote.

It’s safe to say that Votizen is redefining political campaigning:

A combination of corporate personhood and lobbying ($3.5B spent in 2010), increasingly partisan media, and radicalization of political messaging have deformed our public dialog. Most US citizens believe that the Federal government does not represent their interests. We are afraid to discuss politics with our friends or are unwilling to change our minds. Or we care little for informed debate in the expectation that our Representatives (who each answer to 710,000 citizens (310M for 435 reps) and $1M on average per campaign (pdf) and enjoy a 90+% incumency rate) will not hear our opinion in any case.

Our mission is to create a new political currency based on voter-to-voter connections, reducing the influence of money and increasing the importance of relationships in civic engagement.

Previous Post Historic sites in Guatemala, Belize on global watch list
Next PostFrom one defender of undocumented immigrants to another, Perry's endorsement of Gingrich makes sense

Historic sites in Guatemala, Belize on global watch list
Comment
From one defender of undocumented immigrants to another, Perry's endorsement of Gingrich makes sense