Climate scientist, Eugene Cordero, blames the burrito for his interest in climate science 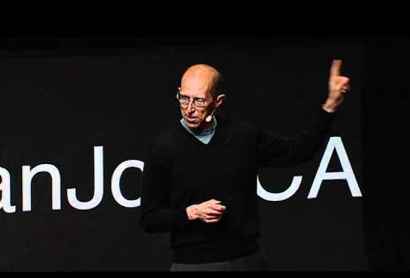 LatinaLista — Eugene Cordero, climate scientist and GOOGLE Science Communication Fellow, is an instructor at San Jose State University in California. He is passionate about “science that matters to society.” Another one of his passions is burritos, along with, reducing annual carbon emissions. For fun, he decided to see which of his favorite burritos — chicken or beef — had the larger carbon footprint, meaning measuring all the energy it took to create all the ingredients in the making of each burrito.

He found that the carbon footprint of the beef burrito far outmeasured than that of the chicken. He got to thinking about what other personal choices he could make in his life to reduce carbon emissions on the planet and how to share such lessons in a fun but science-grounded way with youth and others.

Through a collaboration between faculty, staff, and students from the Department of Meteorology and Climate Science, the Department of Television, Radio, Film, Theatre, Animation and Illustration and the Spartan Film Studios, the ad-hoc team created a climate-action superhero — the Green Ninja. The Green Ninja comes alive in webisodes and content created by both San Jose State University students and the faculty.

Cordero’s aim is to reduce annual carbon emissions by 1 million tons using the star power of the Green Ninja and teaching more people about the importance of reducing their carbon footprints.