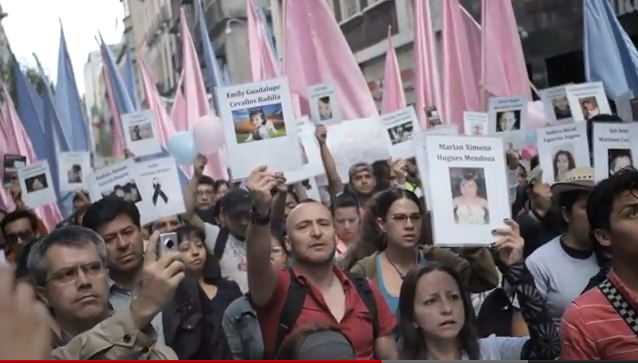 LatinaLista — “Natural as velcro and synthetic as leather” is the description of the alternative Mexican music group Mexican Institute of Sound. The band has steadily been growing in popularity not just because of their skillful creations featuring electronic elements but equally for the thought-provoking lyrics they marry with their compositions.

The latest album from the group titled Politico features the moving song “Mexico.” The song is about the daily violence happening in the country and its impact on everyday Mexicans.

Though the song is in Spanish and there doesn’t appear to be an English translation (some have tried to translate the lyrics), the pictures, the emotions and the actions of those featured in the music video need no translation.