Intrn’l Video: Riding the monster waves of Praia do Norte, Portugal — from a safe distance 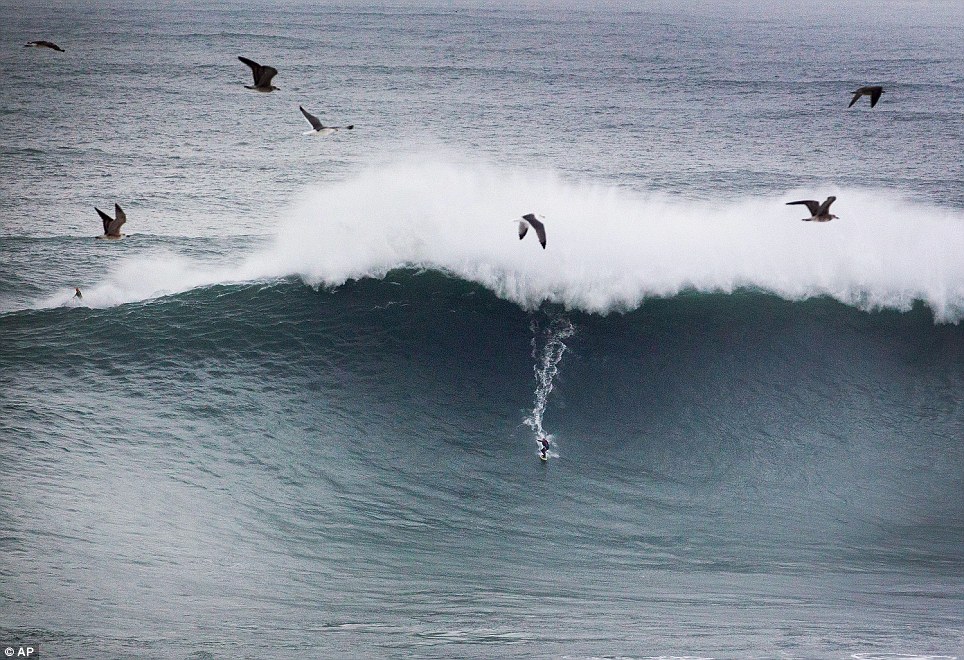 LatinaLista — On October 28, 2013, people the world over were glued to their televisions and mobile device screens watching waves, some measuring up to 100 feet, pound Praia do Norte on the coast of Portugal as a result of an Atlantic storm. It wasn’t so much the frothy tipped sea-green sheets of water rising Neptune-like from the sea that was causing people to suck in their breaths while watching the images so intently, but rather it was from watching the brave and some would say, foolhardy, surfers, who looked like ants in the watery distance, and were daring the waves to topple them off their surfboards.

You don’t have to be a surfer to know that when waves, especially monster waves, such as the ones found in Praia do Norte appear, they draw surfers like children are drawn to an ice cream truck. The news media was there in full force to record the surfers challenging Mother Nature, and were on hand when one surfer almost lost her life and another set a world record.

Yet, up until this point, the only video of the day that went viral were from news outlets, though there were many spectators that day curious about a group who gets their thrills being slapped down by nature.

One such spectator was Miguel Costa, a freelance photographer in Portugal. He was there on that “Big Monday,” to capture the surfers and all the wave action but he also trained his camera on the surroundings and the other spectators.

What results is a more complete picture of a special day where some of the best world’s surfers made surfing history.