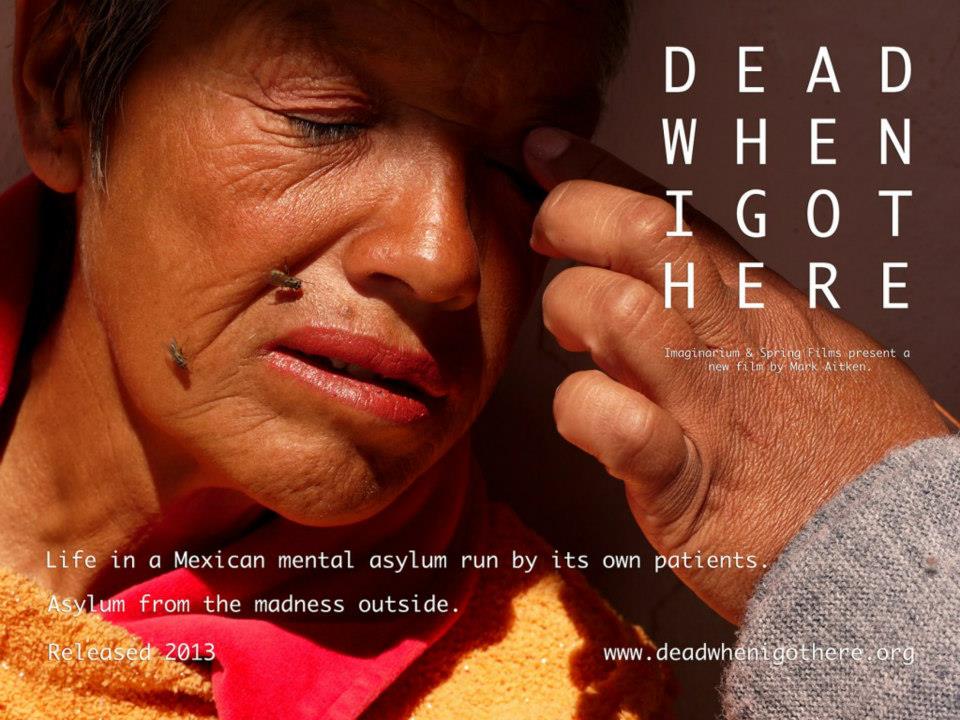 LatinaLista — The more I filmed, the less I understood and the more curious I became.

It’s with those words that filmmaker Mark Aitken describes his journey into one of the most bizarre places on the planet — the Vision & Action mental asylum on the outskirts of Juarez, Mexico. The place is bizarre not because of the patients who call this dusty corner of Juarez home but because it’s the patients who run it.

It was that very twist that intrigued Aitken enough to hop a plane and leave the comfort of his London home to travel to one of the most violent cities in the world to film a documentary titled “Dead when I got here – Asylum from the madness,” about a people so affected by trauma that their behaviors, their relationships with one another and how they see themselves are shaped by life experiences that are uniquely their own.

In the process of filming, Aitken meets the ‘manager’ of the asylum, Josué, whose life story is as fascinating as it is sad. Josue lived in the U.S. as an undocumented immigrant until he was arrested for murder, sentenced to San Quentin, deported to Juarez and dumped, ‘nearly dead,’ on the steps of the asylum. It was during the filming that Josué confessed to Aitken that not even the mental asylum could steal his one last dream — a dream that Aitken was able to help come true because of the film and has become a happy ending, of sorts, to a story that spotlights a group of people whom society would rather forget but can’t ignore.

The trailer for the film is powerful and Aitken has started a Kickstarter campaign to raise money to finish the post-production work in time for a release sometime in 2013.