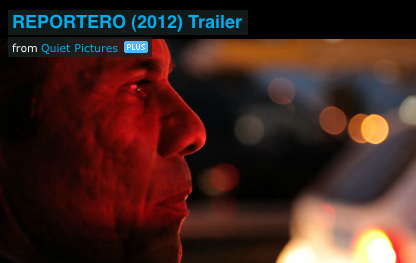 LatinaLista — Among the many victims of the cartel violence ravaging Mexico are journalists. The International Press Institute classifies Mexico as being the most dangerous country for journalists. Nearly 80 journalists have been murdered in Mexico since 2000 and newspaper offices are often targets of attacks from cartel members who wish to intimidate and terrorize the local press into not covering the atrocities committed by them.

Some journalists are forced to flee for their lives and have ended up in the United States asking for asylum. They bring with them the full stories of what is happening to their colleagues and the profession just on the other side of the border.

Now, a documentary brings these journalists’ lives into full focus. Reportero, a a co-production of Quiet Pictures, LLC and ITVS, follows a veteran reporter and his colleagues at an embattled news weekly as they are challenged by the drug cartels and corrupt local officials during a wave of unprecedented violence against journalists in Mexico.