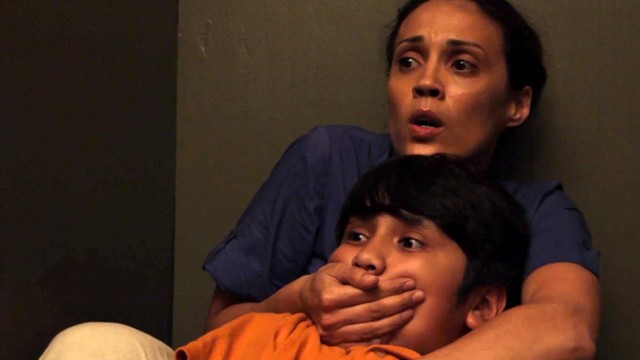 LatinaLista — Human smuggling has long been a way for people from south of the border to enter the United States without the proper paperwork. Most of those who are smuggled into the U.S. usually pay a coyote, an individual who is responsible to getting them to their destination — “the other side.”

Yet, human smuggling is a dangerous option for immigrants. There are too many stories of the coyotes abusing, abandoning or cheating their customers, many of whom are women and children. The trauma of the experience stays with these people for their lifetime.

A 2012 award-winning film titled “SMUGGLED” tells the story of 9-year-old Miguel, who with his mother, is smuggled into the United States in a hiding place underneath a tour bus. Yet, it’s no vacation for the pair whose journey doesn’t go as planned.

The 80-minute film was the official selection of 15 festivals worldwide and the winner of 5 ‘Best Of’ Awards, including Best Feature at the 2012 Mexico International Film Festival. For one year, the film is now available on Vimeo for viewing for a cost of $2.99.