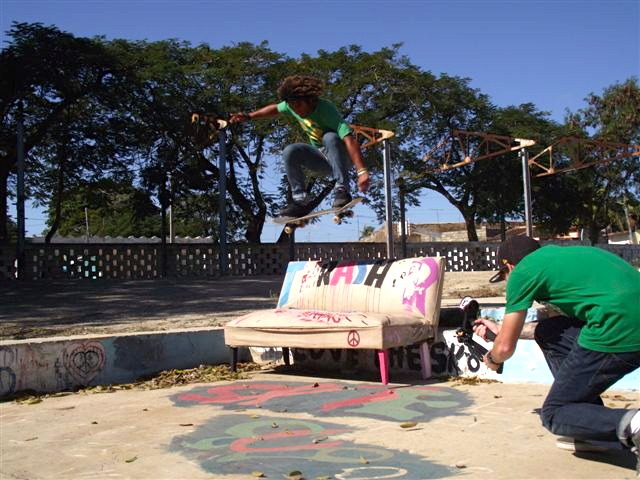 LatinaLista — In Cuba, there is not one skate shop despite a growing community of over 1,000 skateboard enthusiasts who recycle old boards to perform their sport. One of those Cuban skateboarders is a young man named Yojani Pérez Rivera, but he’s known around the island as Mamerto.

Mamerto has a crew of fellow skateboarders — the 23yG, who can be seen weaving down the wide bayfront boulevards of Havana, perilously straddling the walls and handrails of city landmarks and practicing twists, turns and jumps in an old and dilapidated — and the only — skate park on the island.

With more and more foreign visitors coming to the island, it wasn’t long before the skating exploits of Mamerto and his crew caught someone’s attention. That someone is American skater Miles Jackson who created a NGO to help Mamerto and his crew realize their skateboarding dreams.

Jackson’s NGO, Cuba Skate, is working on a documentary that will be used to rally international support for the island’s skateboarders in the hopes of achieving three goals:

1. provide much needed skate materials to the Cuban youth
2. renovate the only, dilapidated skatepark in Havana
3. establish the first skate shop in Cuba and foster a bilateral educational exchange between Cuban and American skaters

Jackson closed out a successful Kickstarter campaign last summer and continues to raise money to create a documentary that doesn’t just showcase the extreme sport on the deprived island but creates a way to help.