Latina Lista: News from the Latinx perspective > Media > Videos > Intrn’l Video: A film festival dedicated to give voice to the immigrant experience

Intrn’l Video: A film festival dedicated to give voice to the immigrant experience 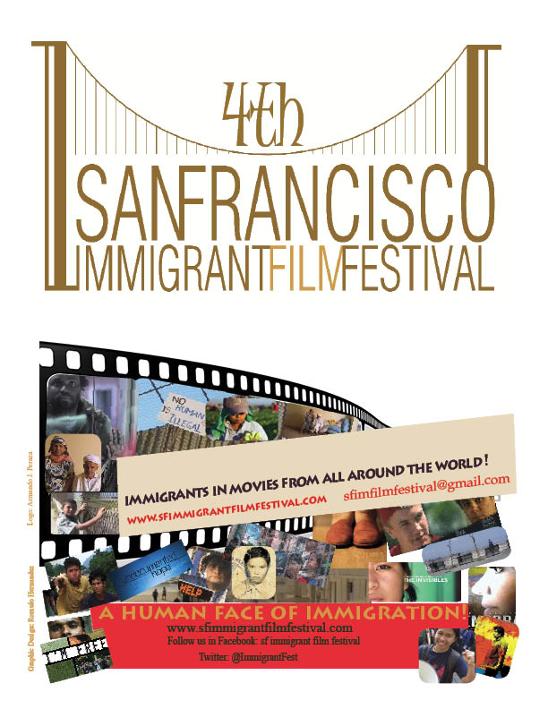 LatinaLista — It’s not unusual for me to mention the name of a film festival showcasing a particular film chosen by Latina Lista editors to highlight in our daily video section. What is unusual is for me to focus only on the festival itself, but that’s the case with the San Francisco Immigrant Film Festival.

In its fourth year, the SF Immigrant Film Festival was begun by former Venezuelan journalist Romulo Hernandez, who immigrated to the United States 21 years ago. The mission of the non-competitive and volunteer-driven film festival is to:

Show a human face on the issues of immigration, and immigrant workers’ rights through the exhibition of films/videos that document the lives of immigrants, and exiles, the facts that motivate people to migrate, and the problems most people face in the process to migrate to another country.

Slated to take place December 1-15 at a variety of locations throughout the Bay Area, this year’s film festival selected 18 narrative and documentary films from around the world, most of which will be seen for the first time in the United States and one that will have its world premiere at the festival.

As part of the festival, Hernandez makes the films available for free screenings to the local community at workplaces and for student groups.

In addition to the festival and community screenings, Hernandez also does one more thing to bring these deserving films to a wider audience — he posts some on his website after the festival. Most of the 2012 selections, either the trailers or shorts in their entirety, are available on his web site to see for free.