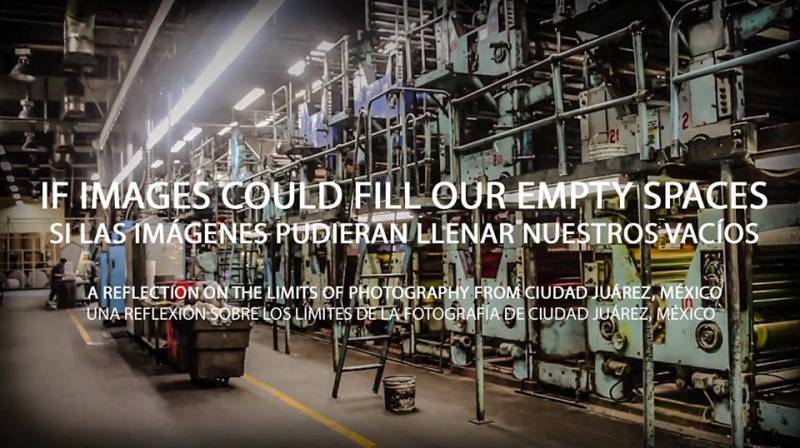 LatinaLista — Sandwiched in between Afghanistan and Pakistan on the annual Committee to Protect Journalists 2013 Impunity Index is Mexico. The United States southern neighbor ranks 7 among countries deemed dangerous to be a journalist.

Targets of cartel violence, Mexican newspapers have adopted a self-censoring style of journalism to protect their employees. Concern for Mexican journalists, and their peers throughout Central America, where some governments have grown increasingly hostile towards journalists, has resulted in tech innovations to keep them safe.

Yet, every day brings new threats to journalists in Mexico who are only doing their job. Many articles have been written about the heightened levels of intimidation cartels exercise against journalists but one of the few media that fully captures the precarious livelihood of Mexican journalists, photojournalists in particular, is a new short documentary titled: If Images Could Fill Our Empty Spaces – A reflection on the limits of photography from Ciudad Juárez, Mexico.

Director Alice Driver spent the past year working with Juárez photojournalists Julián Cardona, Itzel Augilera, Lucio Soria, and Jaime Bailleres. In the 17-minute short, Driver films interviews with photojournalists and those who take to the streets selling newspapers.

The street vendors explain what content sells newspapers — cartel violence and killings are among the top audience grabbers. The very issues that endanger journalists.

To accurately convey the situation confronting Mexican photojournalists, Driver had to incorporate the very photos of tortured corpses they take on a daily basis. She heard their stories of kidnappings and being in fear of their lives, but also their commitment to get the truth out to their readers.

Video: The three Rs of throwing away trash
Comment
Study: New Generation Latinos continue to be high users of technology