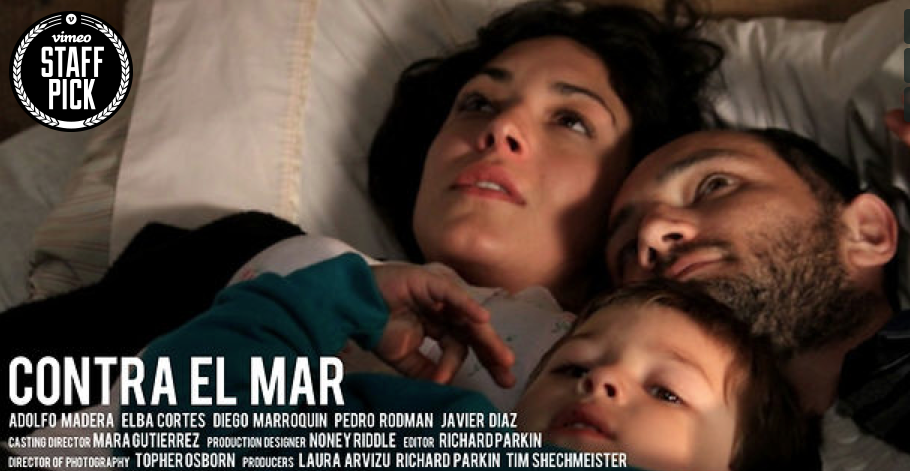 LatinaLista — The sea has a long history with Hollywood. Sometimes used as merely a backdrop, other times as the nemesis or a confidante, the sea is a character unto itself that can mirror the highs and lows of human characters.

It’s the sea, once again, that figures in a short film titled Contra El Mar/Against the Sea.

Premiered at the 2011 Palm Springs International ShortFest and screened at over 20 international film festivals, Contra El Mar is about a young father who provides for his family as a deep sea diver. A job his wife detests and which he does only as a way to save money to buy his own boat. The young diver’s world is shaken after an accident that opens his eyes as to the dangers of the work he does and what it really means to be responsible for others.

Mexican American filmmaker, Richard Parkin, shot the 19-minute short over the course of five days in a small fishing village just south of Rosarito, Mexico. Over the last two years, the film has garnered many awards and accolades.

Contra el Mar / Against the Sea from Richard Parkin on Vimeo.