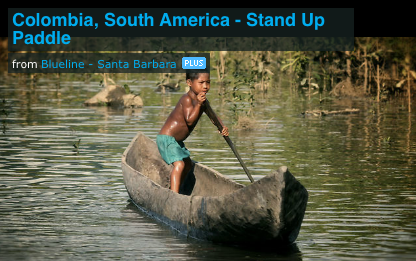 Stand up paddle surfing known as SUP, or as Wikipedia informs us, in the Hawaiian language it’s known as Hoe he’e nalu, is an emerging global sport with a Hawaiian heritage. The sport is an ancient form of surfing with a paddle used as a rudder to direct, balance and help steer the rider through swells.

It’s a sport beautifully captured in a short film featuring stunningly beautiful images, a melodic soundtrack and catchy lyrics which is titled “Colombia, South America – Stand Up Paddle.” The film traces the journey of the Blueline / Paddle Surf Hawaii team as they explore Colombia, South America — both from the waves and on land.